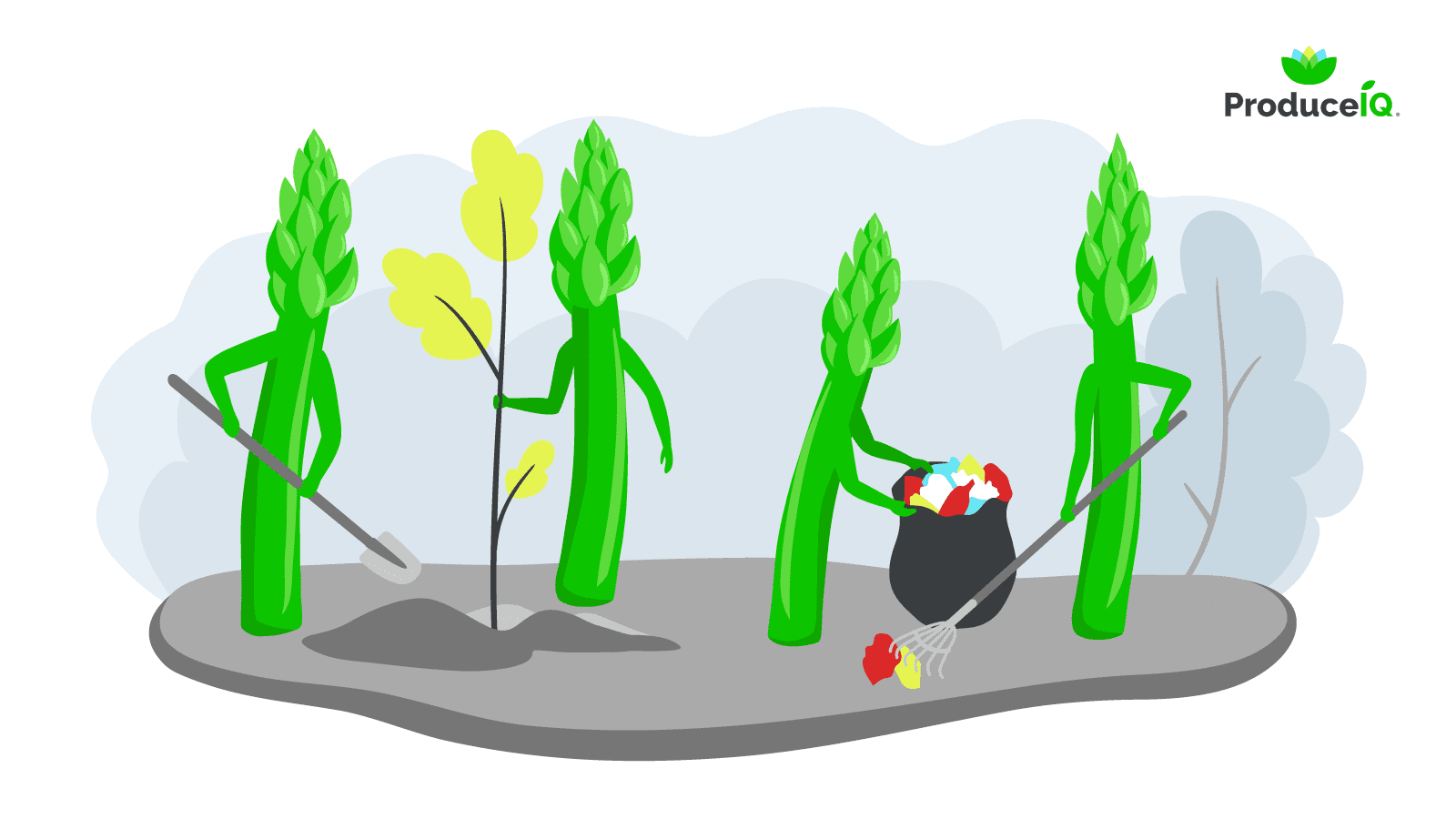 A massive heatwave in California and record-breaking spring snowstorms in the Northeast are fighting to spoil our Sunday afternoon naps. But, in the long term, Indonesia’s ban on the export of palm oil will accelerate food inflation.

Coachella Valley is slated for high temps in the mid-nineties all week as pepper harvesting continues. As growing regions move back into California again, this week’s scalding temperatures are a painful reminder for California growers that drought concerns aren’t going anywhere.

Across the country, a series of late Spring blizzards had northerners unzipping their freshly vacuum-sealed winter wardrobes. In a continuation of the record snowfall that had impacted the Northwest cherry blossoms a week earlier, this week’s storms affected demand in northern regions. For example, after 14″ of snow fell in upstate New York, 150,000 customers lost power. Most produce commodities managed to avoid the worst damage, but domestic asparagus markets will endeavor to shrug off lingering chills for a couple more weeks.

Indonesia, the world’s largest palm oil producer, announced a ban on all palm oil exports. Indonesia’s president is responding to a fear of food availability in their own country following Russia’s invasion of Ukraine. The domino effect continues.

Soybean oil rose to a record high of 83.2 cents per pound, 300 percent higher than the 26-cent level during 2020. Experts estimate this will further exacerbate food inflation costs globally as multinational food manufacturers heavily depend on the edible oils sector.

Asparagus prices are up +40 percent over the previous week. As Mexico’s largest grass-growing region of Caborca (northwest Sonora) winds down, it’s not uncommon to see increases in prices this time of year. In addition, Peruvian imports are ramping up yet face the higher costs of boat freight and logistic challenges.

Washington enters the scene at this time of year, but production fills only a fraction of the country’s demand for grass. Michigan also typically harvests 20 million pounds of asparagus from early May to mid-June. In addition, a quickly approaching Mother’s Day is ramping up demand. So, keep a close eye as prices may fluctuate significantly over the next two weeks.

Asparagus volume declines as the harvest in Caborca, Mexico, ends.

Unsurprisingly, avocado prices skyrocketed this week. A toxic combination of reduced holy-week harvest, disrupted product flow across the Texas border, and continued low yields sent prices up an astounding +9 percent to over $65/case on a 60-count.

Any vertically integrated importer owning avocado or lime trees in Mexico seemed a little happier than the rest of us at TIPA’s Viva Fresh Expo. It was an awesome and well-attended event. We could even see attendees’ smiles thanks to unmasking regulations.

Lime prices are showing some weakness. The range of FOB prices is quite broad, as is the product quality. The border issues complicated fruit quality as some loads sat for extended days.

Generally, sizes are small and creative salespersons are encouraging a market for very small fruit, even a 300 count, which is just a bit larger than a Key Lime. Limes are following a similar playbook as other small fruit with trying consumer bags.

Lime prices are finally beginning to soften, particularly with the smallest sizes.

If you plan to send a chocolate-covered strawberry box for Mother’s Day, you may be in luck. Strawberry prices are down another -23 percent over the previous week. And despite rain, it looks as though supply is strong.

Overall, produce markets are beginning to hear the first rumors of summer. Prices across the board are stabilizing as more domestic growers come online and diversify centralized winter markets. In particular, watermelons are always a pleasantly nostalgic reminder that summer is nearer than we think.

Although still at a ten-year high, watermelon prices are descending thanks to increased supply from Sonora, Mexico, and sunny, South Florida. Expect light volatility over the next few weeks as markets heat up. Watermelon harvesting regions vary widely across the U.S. for the spring and summer crops and can often be found locally.