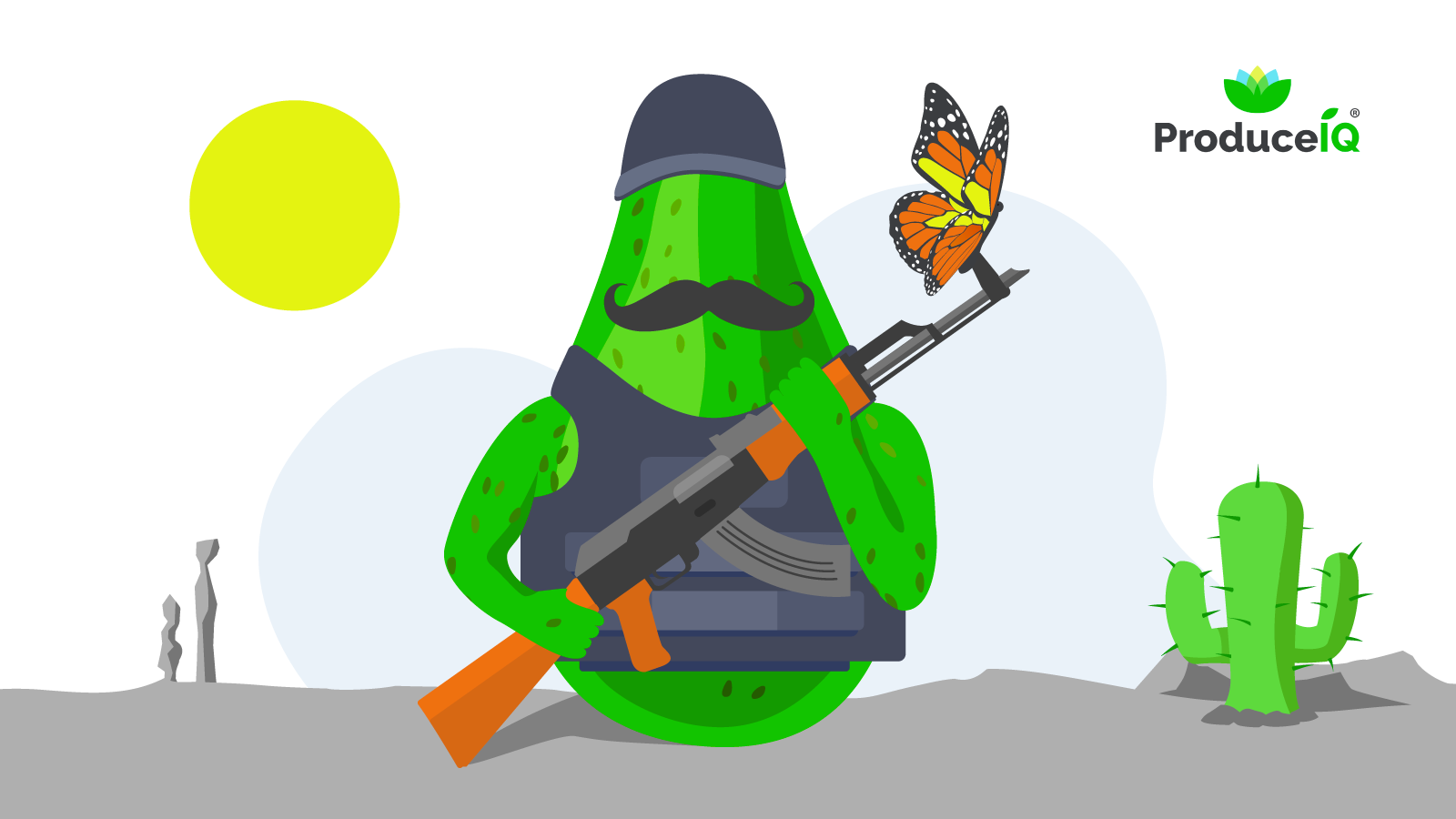 More than 3,000 Mexican avocado and blackberry farmers in the state of Michoacán join forces to fight back against criminal cartels, according to a recent article written by Blue Book contributing editor, Richard Smoley.

The 2020 death of renowned Mexican conservationist, Homero Gómez González, highlights the grim reality facing those who put themselves between the violent cartels seeking to control the lucrative Mexican avocado industry.

González, a local activist for the Mexican Monarch Butterfly Biosphere Reserve, an UNESCO world heritage site, went missing and was later found dead. He opposed the illegal logging and clandestine avocado farming in the protected reserve that attracts colonies of overwintering butterflies.

This isn’t the first-time farmers in the state have taken defense into their own hands. In response to increasing violence and government inaction, autodefensas or self-defense forces first formed in the Mexican state during the early 2010’s.

According to an article published in the Mexico News Daily, the newest group rejects the aforementioned title in favor of a less contentious label, Pueblos Unidos or United Communities.

Increasing Avocado prices aren’t due to a lack of supply. Avocados are currently being harvested in three disparate regions, including California. Michoacán growers benefit from four blooms that allow year-round production. Currently, crops are overlapping a transition from old crop to the Loca crop, and both have steady supply.

Suppliers have to weigh whether to pick and focus on moving volume, or reduce harvest and drive short-term prices higher. Buyers, however, have options and may gain leverage as the old crop matures without a sufficient shelf life.

Many nuances exist in this important commodity. Based on average industry sales for this week #29, avocados have the 2nd highest index weight, 10.4%, only trailing cherries. Both old and new crop face the eminent threat of rainy season in Mexico.

After buyers and sellers walked through record highs in March and then falling to record lows in early July, blackberry markets are back for an encore, up +25 percent over the previous week.

On track with 2020’s mid-summer price increase, blackberries are going for over $17 for twelve 6oz clamshells. Sustained high temperatures throughout the Pacific Northwest are hampering grower’s efforts to increase supply.

Raspberry growers are struggling similarly, markets are up +9 percent over the previous week. Although price increases are not unprecedented this time of year, supply is further aggravated by low yields due to crop damage.

High temperatures increase the challenge of harvesting injury prone fruit. Growers are harvesting early to mitigate sunburn and drying out.

California raspberries are closing the gap on the record high created last year.

Strong demand for iceberg lettuce on weak supply is allowing prices to move upwards. Volume is down on the commodity following reports of soil diseases and quality issues due to heat related damage. Expect prices to increase throughout the beginning of August.

Iceberg has experienced a challenging year with prices below production costs.

Editor’s Note: An earlier version of this article used a source who preferred not to be quoted.