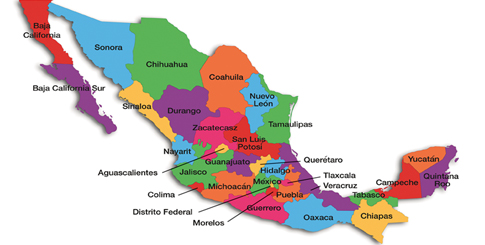 American growers certainly face many challenges. But they can be grateful for the fact that they usually don’t have to face down organized crime.

Mexican growers aren’t as lucky. In the state of Michoacán, avocado and blackberry growers have taken up arms to prevent extortion, murder, and kidnapping by drug cartels.

Some 3,000 farmers and farm hands in the communities of Salvador Escalante, Ario de Rosales, Nuevo Urecho, and Taretán have taken up arms in recent months to fight back against the cartels, reports Mexico News Daily.

“It’s cheaper to buy a rifle than to pay extortion,” said one member. The cartels have been demanding a “protection fee” of 50,000 pesos (approximately $2,500) per hectare.

The armed self-protection group, called Pueblos Unidos (“united communities”) has been operating for eight months. It uses checkpoints and high-powered weapons to keep out cartel members. “We had to follow them wherever they were,” said one member. “We combed the hills, walking—something that the government hasn’t done. We came together in groups of 20 to 60 to comb the hills, and we frightened them away.”

Michoacán is the only Mexican state licensed to sell avocados in the United States, and also one of the states with the most violence.

It is centrally located, so that it is ideal for moving things across the country. It also has coastal access, making it attractive to the drug trade.

Last week, Mexico News Daily reported three roadblocks in the state: one operated by Pueblos Unidos, the others by a criminal group (Narco-blockades, clashes in Michoacán as battles extend beyond Aguililla.

These self-defense units, known as autodefensas, were formed because Mexican government forces either weren’t able to suppress the cartels or were actually colluding with them, as in the Michoacán community of Buenavista.

The Mexico News Daily quoted José Segura, a Catholic priest: “Sadly, the National Guard is on the outskirts of the town, at the entrance points, making sure that nobody disrupts the witch hunt of the Cárteles Unidos. Instead of helping the population, they’re looking after those who are now tormenting the people.”

Such units are not exactly a vote of confidence for the nation’s federal government, so it’s not surprising that Mexican president Andrés Manuel López Obrador (popularly known as AMLO) has objected to them. Previous administrations had cracked down on autodefensas. (Background on this issue here).

Despite efforts by the Mexican government, and over $3 billion in U.S. aid to combat drug trafficking, the cartels have increased control over our neighbor to the south. Although on the map Mexico looks like a typical nation-state, the government’s control over much of its territory is limited or, perhaps, nonexistent.

The U.S. State Department has recommended that Americans avoid travel to Michoacán (along with Colima, Guerrero, Sinaloa, and Tamaulipas) because of crime and kidnapping.

Of course, the powerful drug cartels, which are increasingly involving themselves in other activities, would hardly exist without the enormous appetite for illegal drugs in the United States.

So far, cartel activity has not significantly affected exports of avocados and other produce from Mexico to the United States. But it serves as a reminder that commerce, not to mention public order, cannot be taken for granted without civil control.