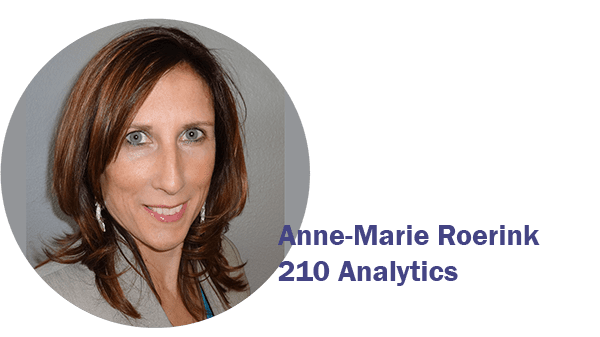 Survey insights predicting planned Thanksgiving 2020 celebrations pointed to a very different holiday that included smaller gatherings, earlier shopping and some changes in turkey and other traditional food choices to accommodate for the COVID realities.

“Holiday or everyday, 2020 has been a year like no other requiring warp-speed decision making and continued pivoting by food retailers,” said Jonna Parker, Team Lead Fresh for IRI. For consumers, Thanksgiving was a mix of looking for the comfort of traditional dishes and needing to accommodate for potentially smaller gatherings where the traditional whole bird turkey or the full lineup of side dishes may not have made the cut.

While restaurants certainly take some of the Thanksgiving dollar in typical years, the holiday is largely retail-focused. That makes beating last year’s result a much harder feat than say Mother’s Day or Valentine’s Day, which are big eating out holidays. Additionally, many people shopped earlier or diverted purchases online — in some cases encouraged by retailers to manage traffic flow during one of the busiest shopping weeks of the year. Some retailers provided free delivery, ramped up their curbside order slots and encouraged earlier shopping. Many retailers closed their doors altogether on Thanksgiving Day to provide employees a much needed break from a hectic year and a few closed their doors on Black Friday — a traditionally slow day for grocery retailing. The predicted earlier shopping to avoid crowds certainly came true with sales during the two weeks leading up to the holiday weeks being significantly higher than 2019 results.

While whole bird turkey saw a bit of a dip in the holiday week itself, the earlier shopping prompted big increases in preceding weeks for an overall four-week gain of 3.0%. Others opted to divert their turkey dollars to breast or leg meat that each saw big gains in the four-week season. The other season classic, ham, experienced a similar sales pattern with double-digit gains during the two weeks leading up to the week of Thanksgiving, resulting in an overall gain of 4.5%.

People also celebrated beyond the turkey and ham. Beef, which has been a powerhouse throughout the pandemic, experienced high gains in premium cuts, such as ribeye and sirloin. Ribs, both pork and beef, did very well and lamb sales increased 27.5% over the four week period. A comprehensive report on Thanksgiving meat sales is available.

The earlier shopping was evident in fresh produce as well, with strong results the week ending November 22 but down results for Thanksgiving week, with the exception of potatoes. Fresh cranberries generated more than $300 million in the four-week period, up 23.6% over 2019 levels.

Baked goods have seen a split performance throughout the pandemic, with strength for functional items and some pressure on the more indulgent in-store bakery items geared at celebrations and holidays. Thanksgiving is typically a blockbuster pie holiday, but pie sales were virtually flat over the four-week period and down slightly the week of Thanksgiving. Many other baked goods, including frozen and refrigerated dough solutions to make bread, buns and rolls experienced big, multi-week increases for overall gains in the teens.

Related, stuffing mixes, also had four strong November weeks and are perhaps one of the best indicators of the shift to earlier Thanksgiving sales. Even during the first week of November, sales were already up double-digits versus year ago levels and stayed ahead during the four-week period for an overall dollar gain of 15.9%.

Throughout the pandemic, alcohol sales have been strong. With many restaurants limited to takeout or delivery, the restaurant liquor spend often shifted to retail. Additionally, cancellations of many other out-of-home activities moved liquor dollars to retail. Sales during the first three weeks of November show very strong sales with double-digit gains in all three areas. Thanksgiving week itself showed more flat results, with the exception of spirits, but overall period sales are well ahead of last year.

With so many meal occasions having shifted to at-home over the past eight months, some consumers were ready to outsource the preparation of the Thanksgiving meal to restaurants or grocery stores. Many restaurants offered meal kit or heat-and-eat type solutions. Retailers had great success with holiday entertaining offerings, though at $29 million this is still a small seller. Cheese sales have been very strong since March and the Thanksgiving time frame was no different. Dollars increased 13.3% with gains all four weeks.

The December holidays are likely to look very different as well. “Our November primary shopper survey found that many Americans are planning to reduce their gatherings as they did for Thanksgiving,” said Parker. “Only one in four celebrate with others outside their household, about half the rate of last year.” One in three shoppers expect to spend less on groceries for the December holidays, primarily due to hosting fewer/no guests this year or cutting back to save money. Online-only retailers are the only channel where shoppers expect to spend more this year than last year on the holiday altogether.

For New Year’s, 30% plan to celebrate at home without guests, while only 5% of primary grocery shoppers plan to go to a party/gathering, 4% host others, and 3% plan t go to a bar/restaurant. Ten percent of those who celebrated last year won’t do anything to ring in the New Year.

Please thank the entire meat and poultry industry, from farm to store, for all they do to ensure supply during these unprecedented times. #MeatFeedsFamilies  #SupermarketSuperHeroes

Anne-Marie Roerink is the president of 210 Analytics.