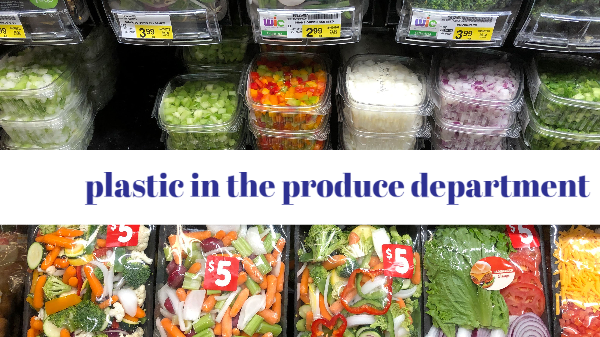 “The industry is working diligently on reducing its reliance on single-use plastics,” he said.?“It is reasonable to anticipate that regulators’ focus on single use plastics will continue.”

The largest target of the rule phases in an EU-wide ban on single-use plastic, which USDA says are “solely or partially made of plastic and are typically intended to be used just once or for a short period of time before they are thrown away. The plastic products to be banned under the directive include cutlery, plates, straws, cotton bud sticks, beverage stirrers, sticks for balloons, food containers made of polystyrene and products made from oxo-degradable plastic.”

Teplitski said a key for the produce industry will be the differences between single-use and multiple-use plastics.

“As it relates to fresh and fresh-cut produce, for example, a container containing a single serving of fresh or cut vegetables will be considered ‘single use,’ and will be covered by the directive,” he said. “However, plastic containers containing more than one serving would be exempt from the regulation.?It is unclear whether this creates a loophole, where a container can be simply relabeled to contain multiple servings, instead of one.”

Teplitski said another packaging issue in Europe, and possibly elsewhere, is scrutiny on PLU stickers.

“What has received much less attention is the ban in France on the use of PLU stickers that are not home compostable,” he said.

“PMA has made it clear why PLU stickers are critical to reducing single use plastic (and other packaging) waste, promoting efficiency of operations along the entire supply chain, and enhancing consumer experience (some traceability functions, ease of check-out, accurate pricing, etc.).

PMA’s Vice President, Supply Chain and Sustainability, Ed Treacy, sent a letter in May to leaders of the Senate and House agriculture committees explaining the importance of PLU numbers both in terms of consumer access to a wide variety of fresh fruits and vegetables and in reducing waste.

Teplitski said a PLU ban would have immediate consequences for the produce and retail business that would result in harm to consumers.

“For the global industry, the consequences will be many-fold,” he said. “The danger, however, is more long term, as other countries (Belgium, New Zealand) are already working on similar regulation, while others are eyeing its consequences and thinking about similar measures.”

“Expect to see fewer SKU’s of fresh produce in French supermarkets, especially for items that look similar but have different costs (such as organic vs conventional produce, different varieties of apples and citrus),” he said.