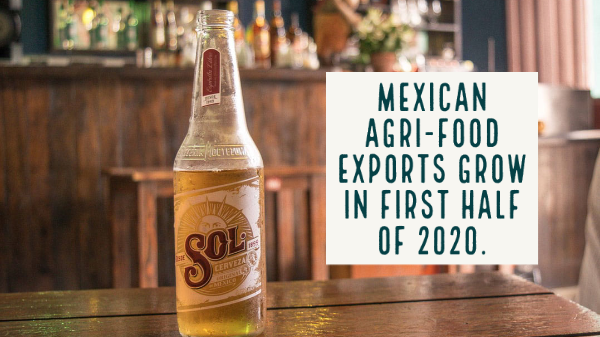 Mexico’s food exports surged 4 percent above last year for the first half of 2020 despite the pandemic, and while fresh produce factors heavily, it wasn’t the top export item.

Mexico’s Ministry of Agriculture and Rural Development (SADER) reported that Mexican agri-food exports rose 4.26 percent to $20.68 billion during the first half of 2020.

Other commodities such as avocados recorded a 21 percent increase, followed by tomatoes (19 percent), bakery products (15 percent), and tequila and mezcal (16 percent).

SADER officials stated, “this is the highest monthly increase so far this year, due to the export dynamics of the agricultural sector and the demand for Mexican products in internationals markets.”