Brussels sprouts’ volume is up significantly from last year, but prices have shown no weakness.

F.O.B.s have been higher than last year since the start of summer, showing retail demand remains strong for this vegetable, as with many others. 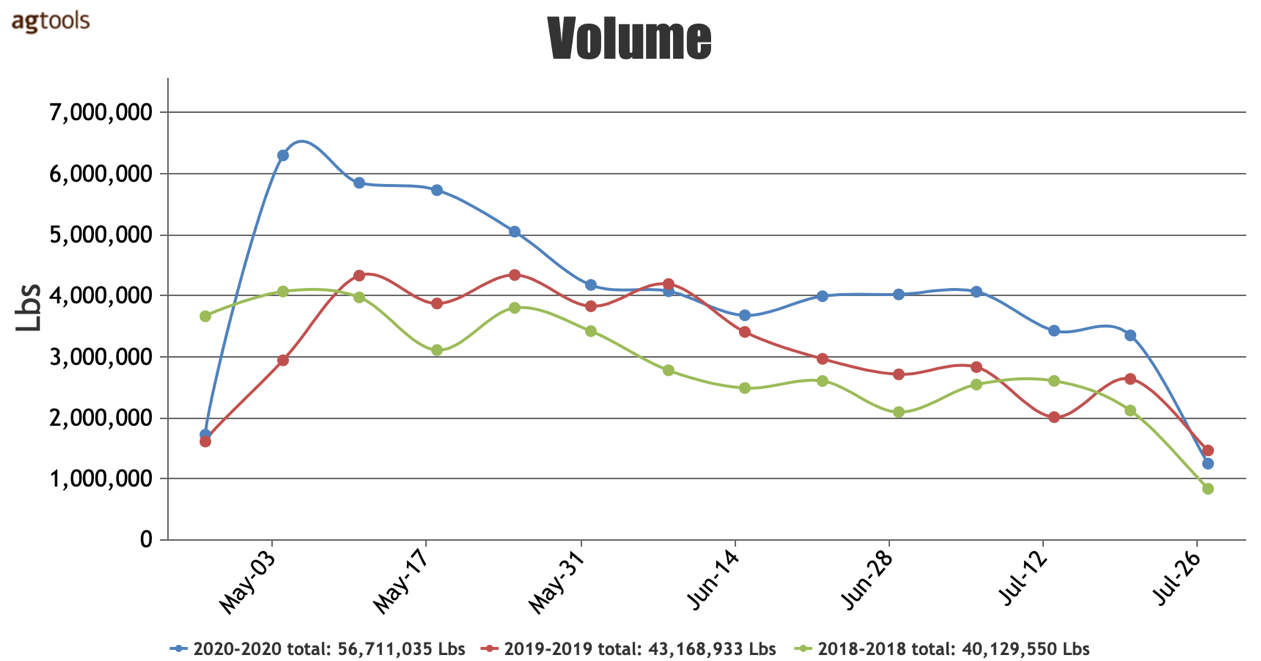 We can see that this is a product whose demand trend is upward, and this increase has occurred year over year in the last seven years, said Paola Ochoa, Program Manager of Agtools Inc. BB #:355102

Together, Mexico and California Central account for 91 percent of the U.S. consumption of Brussels sprouts, with Mexico the largest producer with 72 percent of total US volume.

The regions of California South, California Imperial Valley and Belgium are consistently the next group of producers into the U.S. in terms of volume. These five supplying regions are responsible for almost the entire U.S. volume.

Moving from F.O.B. pricing to analyzing terminal pricing, in particular New York, we encounter a similar pattern with the highest prices this year during July, even doubling the prices that were reached in 2019, she said.

However, when supplies rise considerably, as they have from 2019 to 2020 (31 percent), terminal prices may be expected to decrease.

When comparing Brussels sprouts of Mexican and California origin in the New York market, we can see that, since the beginning of July, the price has been very similar, Ochoa said. This similarity isn’t always the case when comparing products from domestic and imported sources. For other commodities prices for domestic products tend to be higher than those of the imports.

When analyzing the retail price in the Midwest we can see a pattern similar to that found in F.O.B. prices and terminal prices. Retail prices for the last two months of 2020 have maintained levels above those of 2019. We will continue to observe the behavior of this product to further understand this commodity as we enter the second half of 2020, Ochoa said.