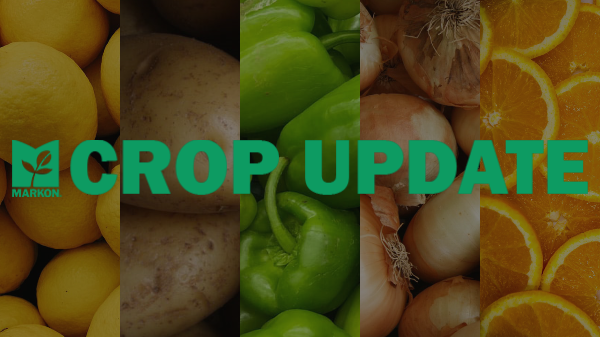 Pandemic-induced consumer demand for citrus continues to produce strength to the orange and lemon markets.

Shaw elaborated on several crops that are seeing unusual turbulence in this week’s Fresh Crop Report.

Oranges – Prices are elevated, as demand is outpacing supply.
• California Valencias are heading into the tail end of their season. Quality is average with some re-greening occurring. The crop is peaking on 88 count and larger. Navels from South Africa and Australia are both being imported now into North America. Prices are higher than California Valencias, and quality is excellent.

Lemons – Pricing on fancy grade fruit is increasing, and quality has declined slightly causing an increase in supply of choice grade fruit.
• District Two, Ventura County, California, is the main production area for lemons currently, which typically will have higher winds, creating scarring on the fruit. The crop is peaking on 115-count and 140-count. Offshore fruit is currently available from Australia, Argentina and Chile. Mexico’s season has started in a very limited way with heavier supplies by mid- August.

Bell peppers – Price remain elevated as supplies are limited on both red and green peppers.
• California supplies are ample, but Eastern bell pepper supplies (Georgia) are limited, which is keeping the market in a demand exceeds situation. North American supplies will increase by the end of July as North Carolina and New Jersey both start their green bell production, followed by Michigan and Ohio. Prices will begin to decline once North Carolina and New Jersey supplies hit full swing early August.

Potatoes – Prices continue to rise as supplies diminish.
• Idaho and Washington Russet Potato supplies are diminishing quickly. Last October’s early freeze is being felt now, as the available supplies for the next two to three weeks will be extremely limited. Prices will continue climbing until Idaho and Washington’s new crop supplies match current demand. New crop harvest will be the last week of July through early August with decent supplies forecasted by mid-August. Current quality is average, and packinghouses are having to cull potatoes fairly hard to meet US No. 1 quality specifications.

Onions – Prices are steady, and demand is good
• Onions are being shipped out of California’s San Joaquin Valley and Southern New Mexico, with average quality. Oregon and Washington onions will start harvest late July and early August and will run through late September, which means we will be shipping fresh-run onions through early October. Expect prices to remain weak till harvest is complete.