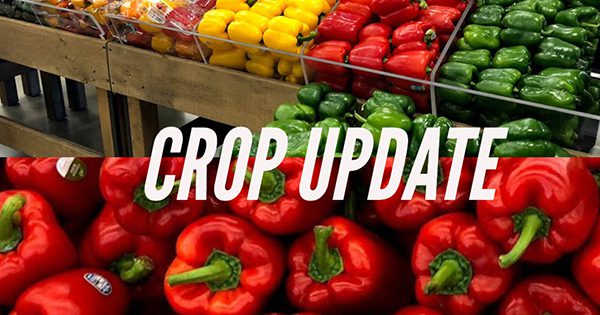 Bell pepper prices have been high for a while, and they aren’t likely to come down until a week or two into 2019.

Mexican greenhouse red bell peppers were also higher than last year, at $20-22 for extra-large, $19-21 for large, while yellow and orange jumbo and extra-large were $18-20.

Coachella growers were winding down in mid-December.

“We’ve been in a demand-exceeds-supply situation for four or possibly six weeks,” said Bobby Astengo, managing director of Peppers Plus, Nogales, AZ, Dec. 19. “I do not see supply getting better until after the first of the year.”

He said Christmas and New Year’s holiday weeks will disrupt harvesting in Mexico, and weather hasn’t been ideal, leading to slower growth and longer time for colored peppers to change colors.

On colored peppers, demand hasn’t weakened at all.

Foodservice supplier Markon, Salinas, CA, said “skyrocketing prices are forecast for the next week or two” for bell peppers in its Dec. 23 Fresh Crop Report.

Astengo said he plans to have bell peppers through the end of May, but many people expect El Niño conditions in 2019, which would mean more rain and lower temperatures than normal.
“I foresee a roller-coaster ride with lesser production,” he said. “I don’t foresee a season where a lot of supply exceeds demand.”