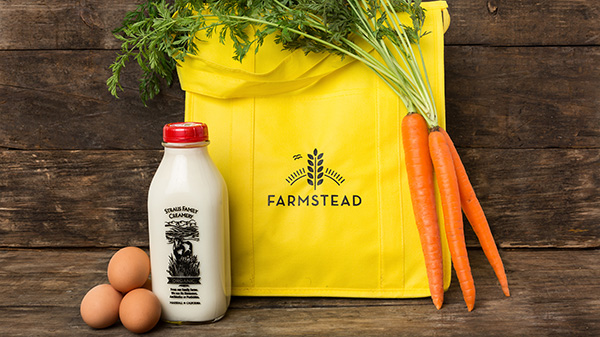 {Courtesy photo} Since March, Farmstead’s average basket size has doubled, while it’s continued to perfect its Grocery OS software platform. This increase in revenue and efficiency, and decrease in costs driven by software and data, helped Farmstead reach this important profitability milestone.

In a move the company is calling “capital efficient” San Francisco-based grocery deliver start-up Farmstead has pulled back operations from four of five markets.

The company now operates only in its home market of San Francisco. CEO Pradeep Elankumaran told Business Insider the company was growing “well” in its expansion markets (Charlotte and Raleigh-Durham, NC, Miami, and Greater Chicago), but the “vast majority of profits were in San Francisco.

“We are a startup, and are prudent in moments of economic uncertainty,” Elankumaran told Business Insider.

Launched in 2016, and Farmstead reached a valuation of $139 million in October. Its most recent market expansion, Chicago, opened in February and paused in July.

This is not the first online grocer to hit hard times in the past few weeks. GoPuff recently laid off 10% of its workforce and closed more than 70 of its dark store fulfillment centers in the U.S. Backed by the Russian government, Buyk ceased operations shortly following the Ukraine invasion.

Fridge No More ceased operations in March following a failed deal with DoorDash, and Instacart, which is shopping an initial public offer, had its valuation slashed by nearly $10 billion to just over $14.5 billion.

The changes come while established grocers like Kroger and H-E-B are expanding services. Kroger’s efforts focus on hub and spoke customer fulfillment centers powered by Ocado, and H-E-B is building microfulfillment centers alongside existing stores to fuel enhanced pickup options.

While grocery delivery is growing at a rapid pace, pick-up still continues to capture nearly half of online grocery dollars, according to the latest report from Brick Meets Click.

Delivery was up 6 percent year-over-year in June, while pick-up grew 3 percent.

“Delivery has benefited from a range of new service options and features that have enlarged the size of its addressable market and stimulated more usage occasions,” Brick Meets Click said in its latest report.

E-commerce claimed 13.6 percent of total grocery dollars in June 2022, up 1.5 percentage points from the previous year.