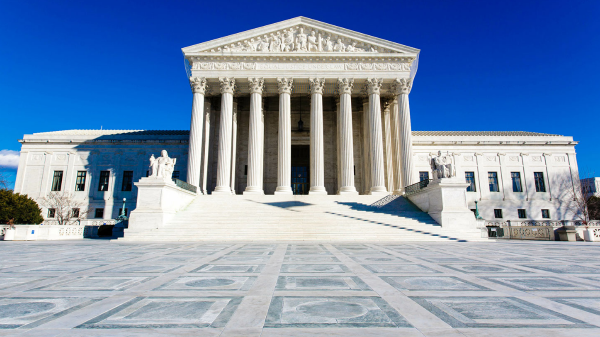 The Supreme Court’s overturning of the Roe v. Wade abortion decision has been at the top of the news for the last couple of weeks.

The mainstream press has paid less attention to another Supreme Court ruling, which took place on June 21: the justices declined to hear an appeal of a challenge to a lower court’s verdict that Roundup caused non-Hodgkin’s lymphoma in the plaintiff, awarding him $25 million.

It’s easy to imagine that someone could applaud one decision while being angered at the other.

A progressive environmentalist might be appalled by the Roe v. Wade ruling while being satisfied with the Roundup decision.

I do not intend to state my opinions on either case here. I do not see that abortion has much to do with the produce industry and will keep my feelings about this issue to myself.

As for the Roundup decision, I remain agnostic. I simply do not have the technical background to have an intelligent opinion about whether the beloved herbicide is carcinogenic, still less about whether it poses public health risks that outweigh the benefits. The experts themselves disagree.

But I see a similar train of thought in both rulings.

In Roe v. Wade, the Supreme Court did not make abortion illegal. It simply opened the door for individual states to do so.

With the Roundup decision, the court did not impose any additional limits on the herbicide. It simply refused to overturn a ruling that it was carcinogenic. Part of the issue was the applicability of California’s pesticide regulations, which are stricter than those of the federal government.

In both instances, the court decided not to permit federal authority to override decisions by individual states.

We can ask ourselves if this is part of a wider trend nationwide, in which state authority increasingly preempts that of the federal government.

A similar issue besets the meat and poultry industries, which are fighting California’s Proposition 12, which impose minimum space requirements for breeding pigs, egg-laying hens, and calves raised for veal.

The industries contend that this measure (which is, again, stricter than federal standards) would increase the costs of these products for consumers and (incidentally) themselves.

This case has not come to the Supreme Court. The measure went into effect on January 1, but a judge in Sacramento, CA, stopped the state from enforcing these standards until 180 days after final regulations have been issued.

In any event, devolution is all the rage. Again, your own feelings about each issue are going to vary wildly on your personal situation and prejudices.

Overall, however, this trend does not serve the interests of the produce industry. Although it has been commonplace in many sectors to rail against Big Government, its weakening in these arenas is likely to cause more problems than it solves.

Industry leaders acknowledge this fact, as was shown by a Virtual Town Hall held by the International Fresh Produce Association on June 8. Leaders made it clear that the produce industry needs and wants a strong, effective, and credible Food and Drug Administration (as opposed to its present state).

Why? If for no other reason because it’s easier to follow one set of directions than fifty. A multiplication of conflicting state regulations and requirements will make the hard work of growing fruits and vegetables still harder.

Whatever your views on the Constitution, abortion, Roundup, or anything else, a weakening of federal authority in areas related to the produce industry is likely to be pernicious.