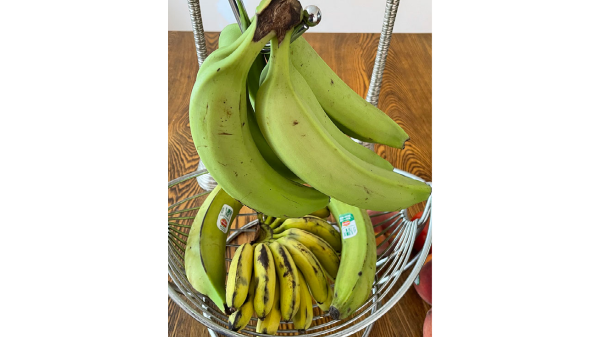 It sounds as if it belongs in the infinite cache of rejected names for rock bands: banana extinction.

Yet it is far from the fancy of some aspiring superstar practicing in a garage. The familiar banana—known as the Cavendish—faces extinction in the long term.

It has happened before. In the 1950s, the Cavendish itself was called into duty to supplant the allegedly better-tasting but now nearly extinct Gros Michel or Big Mike banana. The culprit, then as now, was a fungal disease called Fusarium wilt. The Gros Michel was susceptible to Fusarium; the Cavendish wasn’t.

That was then. The Cavendish is indeed resistant to TR1 (tropical race 1) Fusarium, which wiped out the Gros Michel. But now the Cavendish is threatened by TR4 Fusarium, to which it is susceptible. (For an overview of this issue, see here.)

The TR4 Fusarium has been found in Colombia and northern Peru. In Ecuador, a major banana exporter, only about 13 percent of banana plantations are braced to resist the onset of the fungus.

TR4 Fusarium spores can survive in soil for decades, so from a grower’s point of view, a field, once infected, is always infected.

Treatment? “The fungus cannot be controlled using fungicides and cannot be eradicated from soil using fumigants”.

The principal hope is in the method used to save the banana industry in the 1950s: developing a resistant cultivar.

This fact led me on a quest that, so far, has not been successful: determining which of today’s commercial banana varieties are resistant to TR4 Fusarium. We know that Cavendish subvarieties are susceptible, but what about red bananas? They aren’t part of the Cavendish subgroup, but they are part of the same triploid Musa acuminata AAA genome group. (You can see how confusing it gets.)

Plantains? It’s not clear. ProMusa, a website devoted to disseminating information about bananas, tells us, “The often cited figure that TR4 affects cultivars that account for more than 80% of the world’s banana production assumed that Plantains were also susceptible. At the time, however, the only Plantain-like material that had been evaluated against TR4 were hybrids produced by breeders.”

In short, I haven’t been able to find reliable information about which commercial varieties available today are or aren’t vulnerable to the pernicious TR4.

This did not deter me from trying to look into the assortment of varieties out there. I went to several markets in West Chicago, IL, with its large Hispanic community, to find alternatives to the Cavendish.

To my disappointment, I didn’t find red bananas, which, with their sweet, delicate flavor, taste better than Cavendishes, in my opinion.

Guineos are not a variety as such. The name is applied to a number of varieties that are grown to be harvested green and cooked as a vegetable (or to be sliced raw for salads). The ones I bought were somewhat shorter and more curved than most Cavendish samples.

The most satisfying part of my research involved the guineos. I cooked a couple of them, following a simple Internet recipe that called for boiling them for twenty minutes and serving them sliced. 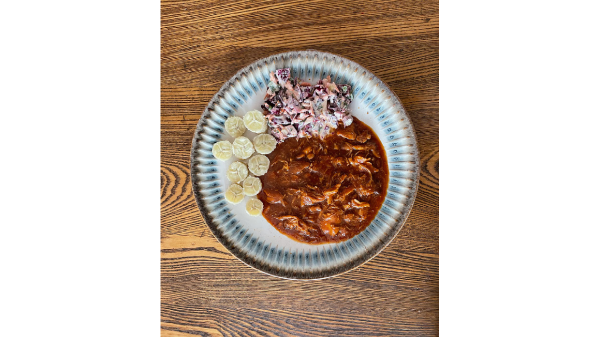 I had them for lunch to accompany some pulled chicken that my wife had made a couple of days before, along with red cabbage coleslaw with curried mayonnaise.

In short, a remarkably satisfying meal.

Plantains, of course, are to be cooked as well, but I haven’t gotten to those yet: they’re not ripe enough.

As for the niños, I tested my bilingually educated son William to make sure he knew what the word meant (he did). Sampling a couple, he said he liked them better than regular bananas.

Which of these are TR4 resistant? I really don’t know. Although I’m not always optimistic, in this case I suspect that the plant breeders will manage to keep ahead of this latest strain of Fusarium.

In the meantime, it doesn’t hurt to stretch one’s banana horizons a little and explore the wide world of Cavendish alternatives.