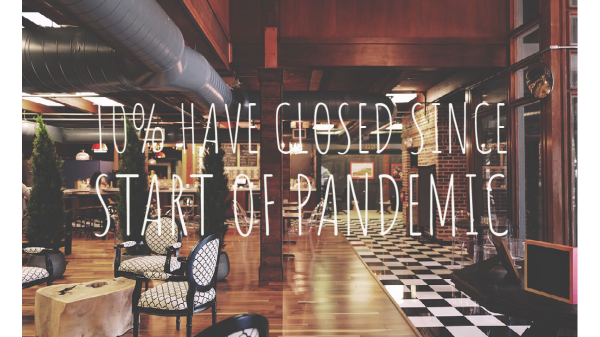 Of the 778,807 food establishments in operation since the onset of COVID-19, 79,438 have closed for good as of Monday, according to the report from Datassential. The figure does include restaurants that have opened during the pandemic.

That includes restaurants at all levels of service: QSR (fast-food), fast-casual, midscale, casual and fine dining as well as food trucks. Food trucks have been affected the most of any segment, with 22.5 percent of the mobile restaurants permanently off the road.

Chain restaurants, with the exception of the largest chains with more than 501 units, have closed permanently at a higher rate than independent restaurants. The largest permanent closure rate among chains is restaurants with between 51 and 100 units, at 16.2 percent.

“This last year has been one the toughest the restaurant industry has ever faced,” said Jack Li, Datassential’s CEO. “But the good news is that the rate of closures is slowing, and the future is bright for those restaurants who have learned to adapt to the host of new challenges facing them in our new normal.”