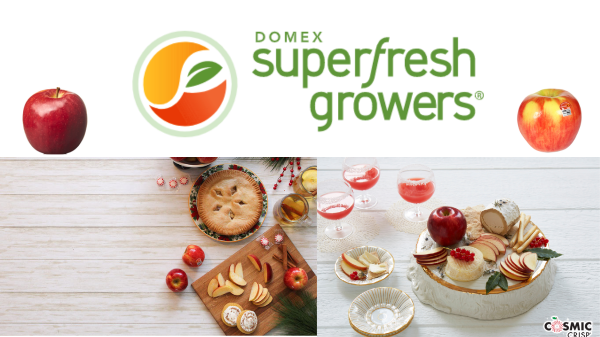 Yakima, WA – December was a very strong month for apples and pears, which were up 7% and 12% in dollar sales, respectively. Double-digit organic growth in both categories, combined with strong showings by core and emerging apple varieties, drove the great results. 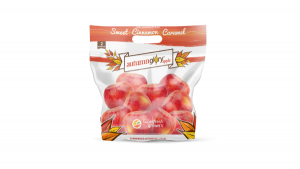 Autumn Glory apple saw record December shipments, and we witnessed its growth nationwide. Sales were up 54%, and volume was up 102%. Autumn Glory excelled nationally, growing sales and volume by double- or triple-digits in most regions. Cosmic Crisp apple continues to grow strongly, but is not to the level witnessed in December 2019. Cosmic Crisp nationally was up 7% in dollars, and 18% in pounds. Some regions saw sales growth in the triple digits, West North Central (+167%) and East South Central (+152%), while regions that carried Cosmic Crisp sales in 2019 slowed momentum: Pacific (-33%) and Mountain (-7%). Cosmic Crisp availability spread nationally, due to increased volumes in the second year. Strong consumer programs continue the momentum of 2019, but there is much opportunity for retailers to help with merchandising programs. The Cosmic Crisp retailer tool-kit is an excellent resource for building displays and digital programs.

December apple growth was strong, with category dollars up 7%, though volume was flat at 0.3%. The average price per pound was up 6.6% to $1.67/lb. Retail prices were all moving to the industry average. Proprietary varieties decreased to become more competitive with core and mature varieties. Core and mature varieties, however, rose in price with increased demand and the market rising, overall helping category growth. The proprietary price decline was evident with Cosmic Crisp, declining -9% to $2.65/lb. and Autumn Glory declining -24% to $1.85/lb. All other proprietary varieties also experienced a decrease in price per pound as well.

Organic pear growth continued its momentum from November, up 11% in dollars, and 13% in volume. They still had a high category share of 15% for dollars, and 11% for volume, though those were down from record November percentages.

Superfresh Growers is here to support their retail and foodservice partners during COVID-19 and continue to supply safe, fresh, and nutritious fruit.