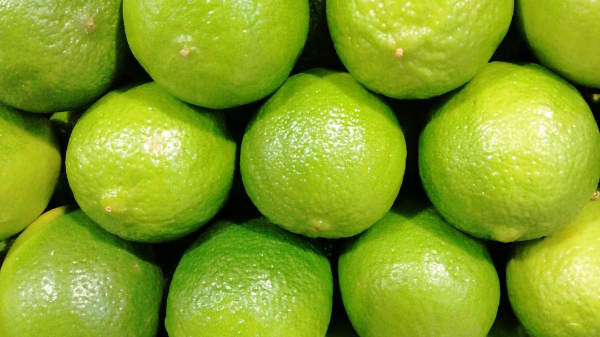 Lime volume has been higher and steadier from May through July than the previous two years, and that’s leading to a low, but stable F.O.B. market.

However, rain in Mexico may cut yields, and the market is already inching up.

Demand this spring was down significantly, in part due to restaurant shutdowns, but it appears both retail and foodservice demand is improving.

VOLUME TOTAL, LIMES CONVENTIONAL FROM MAY 1ST THROUGH JULY 24TH 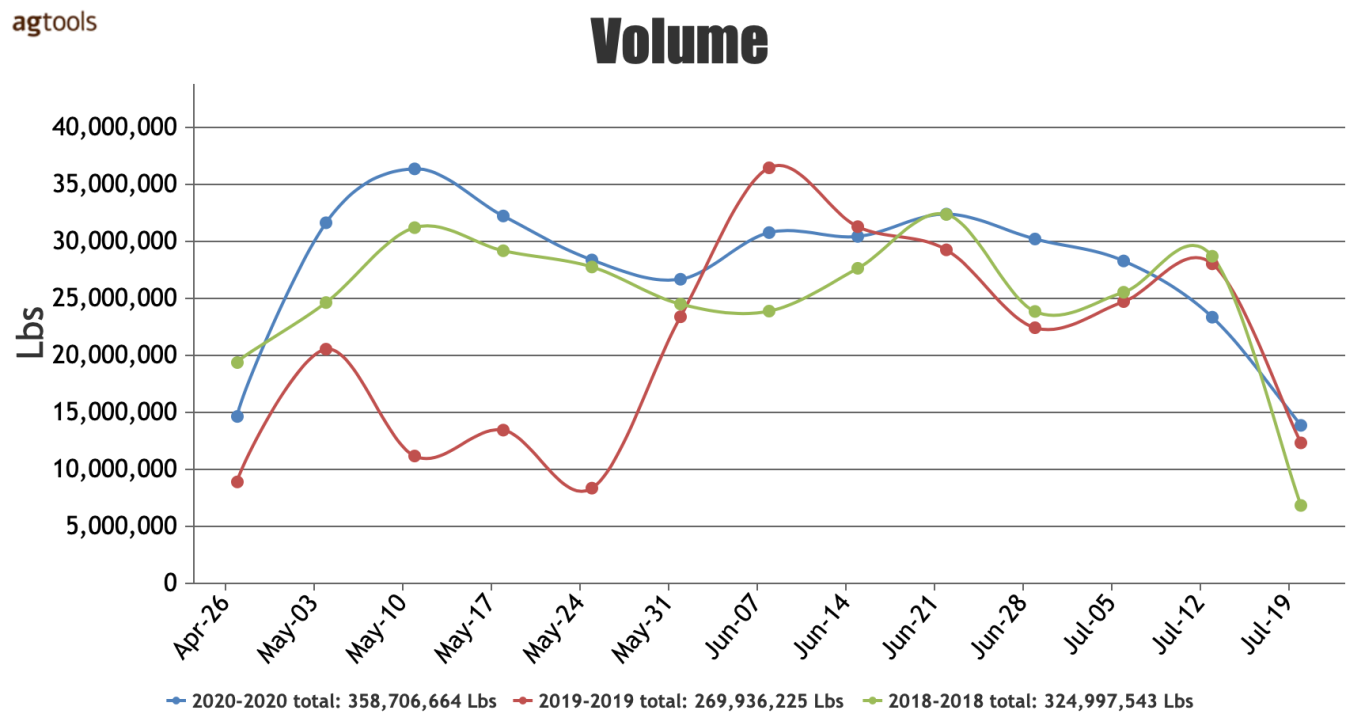 We can see that this is a product whose demand trend is upward at best and stable at worst, even after the reduction in volume during 2019, said Paola Ochoa, program manager for Agtools Inc. 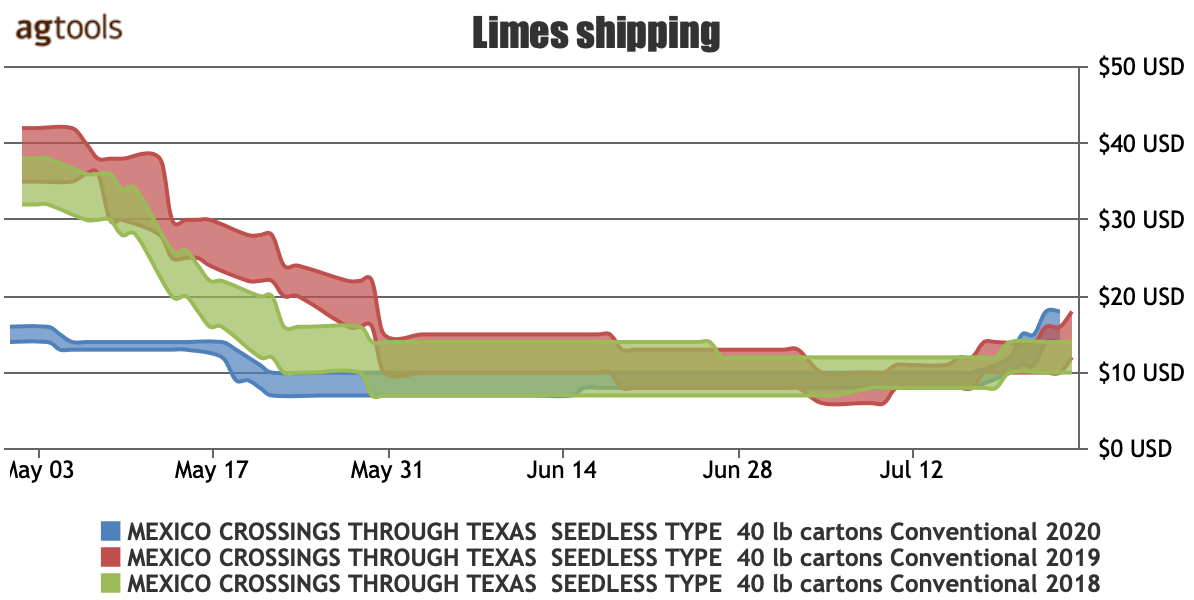 From the beginning of May, prices for Mexican limes trailed those of 2019 and 2018, possibly a result of this year’s higher volume coming from the country during the entire month of May, Ochoa said.

Prices have remained relatively stable through the end of July, with an uptick in recent days to about $18 for the 40-pound carton of conventional limes, she said.

In recent years, Colombian limes have been increasing its market participation, she said.

Towards the end of June, Colombian product in the Miami market has maintained a pricing range mostly between the high and the low of the market-leading Mexican production.

The fact that the Colombian product has been able to compete in the same pricing range points to consumer acceptance of the product, Ochoa said. Continued monitoring of Colombian limes is warranted to observe if this smaller volume player carves a market position in the Mexican-dominated limes category.

The retail price for this product has not been affected this year and has remained in the same price range as previous years, Ochoa said.

Lime consumption was only slightly impacted during the beginning of the shelter-in-place orders but has since remained either at the same or higher levels than in 2019. Prices at the F.O.B. and the terminal market during the contingency were not affected and remained considerably stable afterwards, unlike other citrus fruits such as oranges and tangerines.

Perhaps oranges and tangerines have a higher perceived nutritional value for their vitamin C content, which may have generated increased demand and possibly its higher prices. Limes supply was seemingly unaffected and, after observing the first half of 2020, the fruits participation in the American consumers’ diet seems poised to continue its consistent increase.

Mexico is consistently the highest producer of limes consumed in the United States, accounting for 98 percent of the market almost every year.