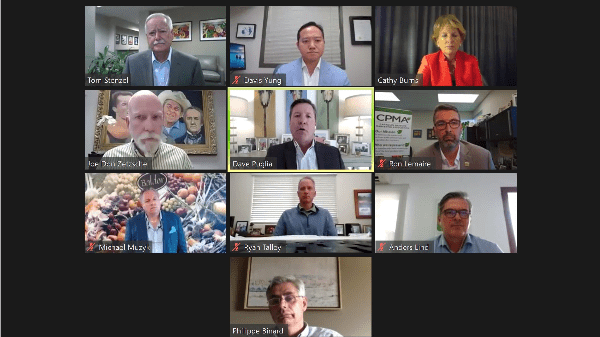 The produce industry’s first virtual trade show closed June 19 with a spirit of optimism and cooperation.

United Fresh BB #:145458 president and CEO Tom Stenzel said the virtual United Fresh Live had 12,500 registered attendees and as many as 7,000 people logged into the site at one time during the June 15-19 convention.

Stenzel exemplified the cooperative nature of the session by calling the Produce Marketing Association’s Joy of Fresh promotion the perfect, enlightening message during the pandemic.

PMA BB #:153708 CEO Cathy Burns said for the produce industry to pull through the pandemic and economic downturn, it will have to use collaboration like never before.

“We’ve seen people work together and innovate,” she said.

Ron Lemaire, president of the Canadian Produce Marketing Association, BB #:153602 said produce companies all over the world are dealing with the same problems but also have the chance to be more valuable than ever before.

“We have a great opportunity with consumers being at home cooking,” he said. “We’ve seen a massive shift toward healthier food.”

Stenzel said the virtual expo showed the produce industry can continue to connect and build community without the traditional face-to-face meetings.