Stability has mostly returned to the iceberg lettuce market as the crop shifted from the desert to central California.

Prices have been pretty steady this spring and are easing as summer approaches and volumes seasonally increase. 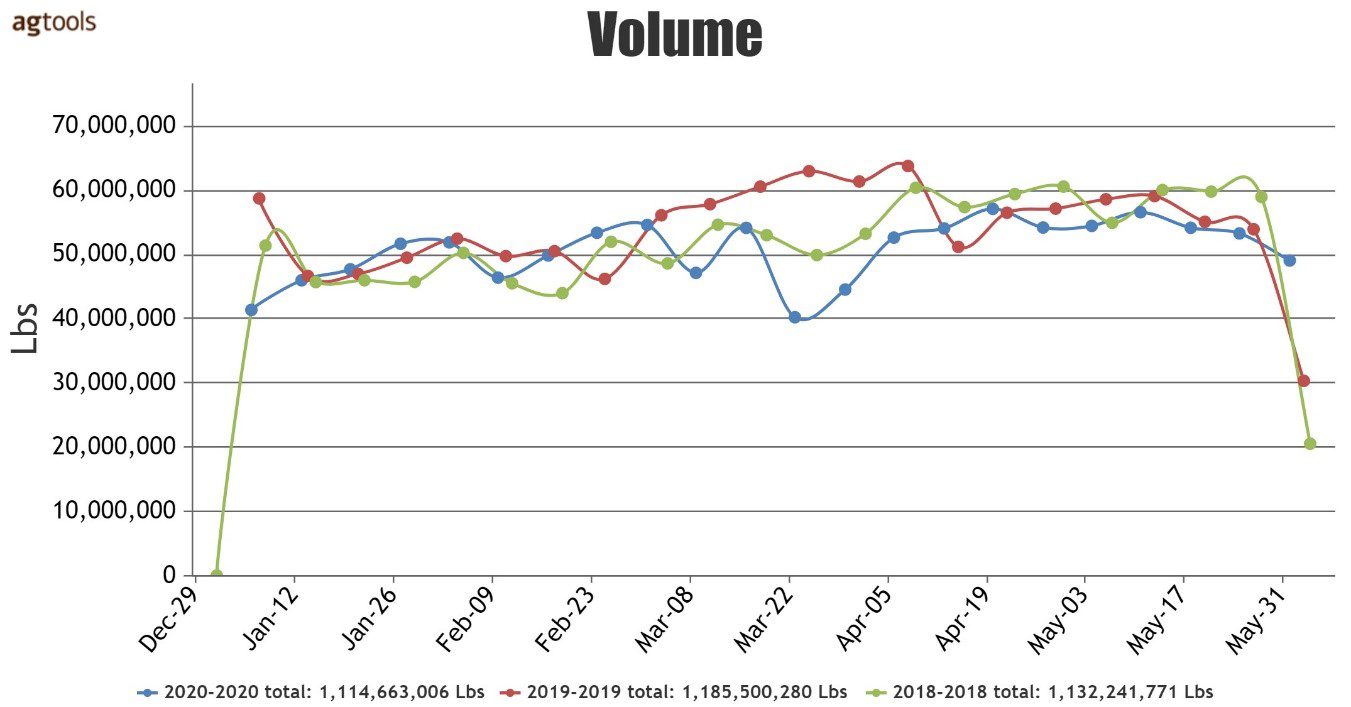 Total industry volume for conventional Iceberg Lettuce is showing a slight decrease in 2020 for the first five months of the year. January and February performed on par with 2018 and 2019, at times slightly higher in volume, said Yolanda Ramirez, vice president of retail for Agtools Inc.

However, in March there is a substantial decrease during the abnormal buying trends due to the global crisis. After the mid-March decrease, the volume appears to stabilize to the normal trends of the last two years, but overall volume stayed below the level of previous years.

April 2020 F.O.B. Shipping Point pricing from Salinas-Watsonville was very similar to the past two years, Ramirez said. However by the middle of the month there were lower prices reported for Iceberg 24’s than both 2018 and 2019 and by the end of the month it trended up slightly beating 2019.

In 2020, Los Angeles terminal market prices have been slightly higher than 2019 for most of May, following a gradual but consistent increase, Ramirez said.

At the beginning of June prices began to fluctuate before leveling off at around $18, similar to 2019. 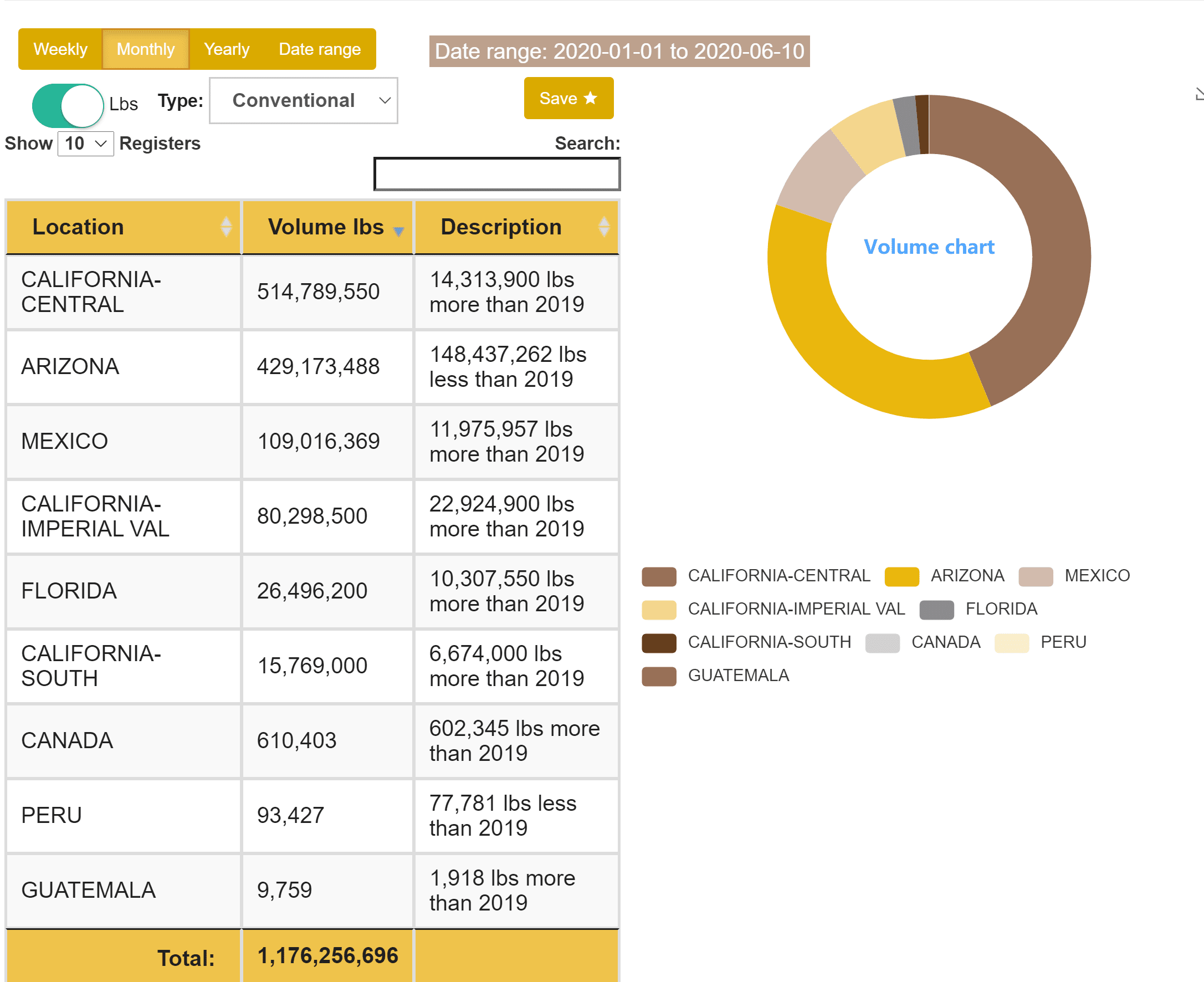 California is the largest producer of Conventional Iceberg with three growing regions and 52 percent of total production January through May, Ramirez said.

All three California regions, as well as Mexico, are reporting an increase in volume vs. 2019. While Arizona is reporting almost 150 million fewer pounds than 2019. Volume in Arizona was impacted by the pandemic in March with some growers having to plow fields under due to the sales pricing impact on this commodity.