Green bean volumes had lagged behind the past few seasons, but May is seeing greater supplies and an accompanying drop in F.O.B. prices. 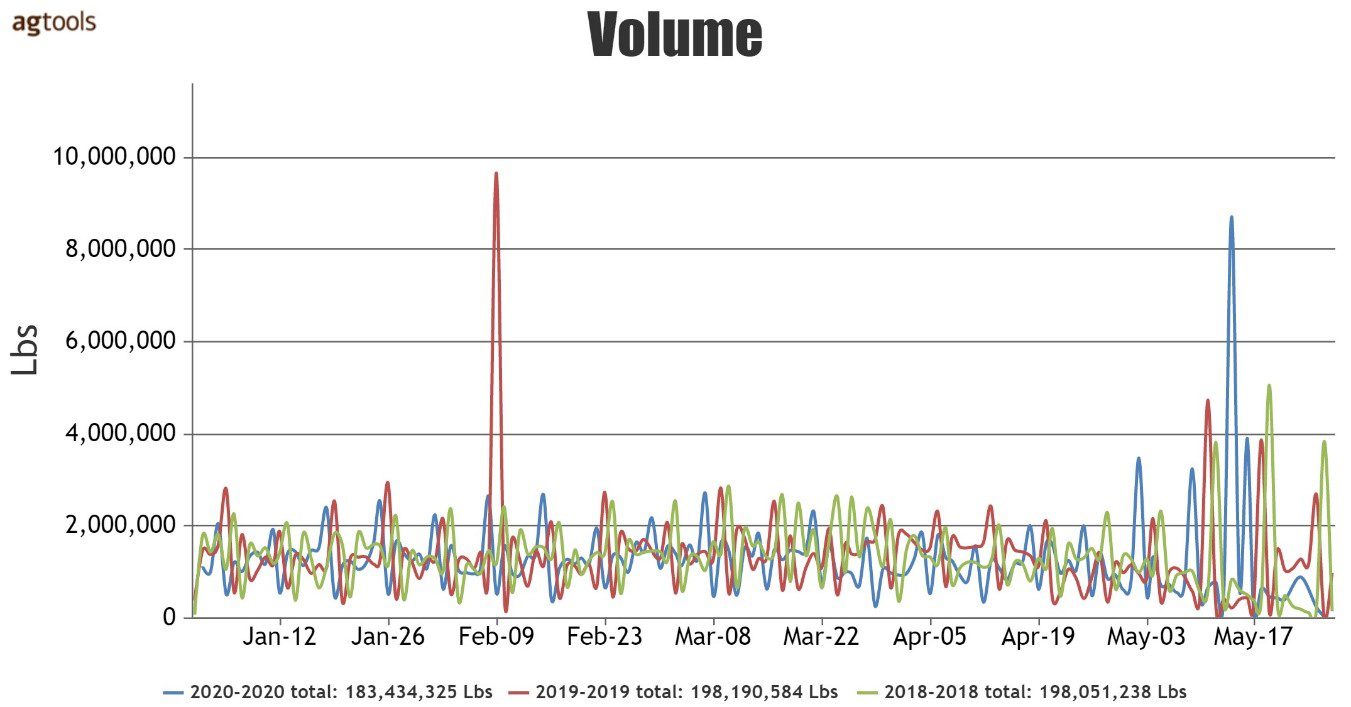 Year-to-date 2020 total industry volume for conventional green beans is trending slightly lower than both 2019 and 2018, according to analysis from Agtools.

Volume has been relatively consistent over the past three years, with slight peaks and valleys throughout this time period. However, there was a substantial peak in volume in February of 2019 and another recently this month.

Historically, May has been the month of greater volume as the summer time frame gears up.

Round green beans are highly transitional as seen in the FOB pricing chart above which compares different growing regions.

Over the last couple of months, beans transitioned from Mexico to Georgia with prices varying considerably over the period and between origins, Agtools reports.

South Georgia started its new crop at the beginning of May in the mid-$20’s and has seen a decline in pricing, in fact much lower than Coachella Valley, with pricing between $10-14.

Central American French style green beans supplement round green beans and prices have been stable during the last month.

Imported through South Florida, F.O.B. prices increased steadily the third week of April to a high of $10 but have since decreased and stabilized between $4-5 dollars.

Los Angeles Terminal Market pricing for May 2020 has been trending considerably lower than 2018 and just above 2019, Agtools reports. During the middle of May 2020 pricing showed some strength with spikes correlating with gaps in supply due to transitions between growing regions.

The end of May terminal market pricing peaked at close to $36 before starting to decrease in the last few days. 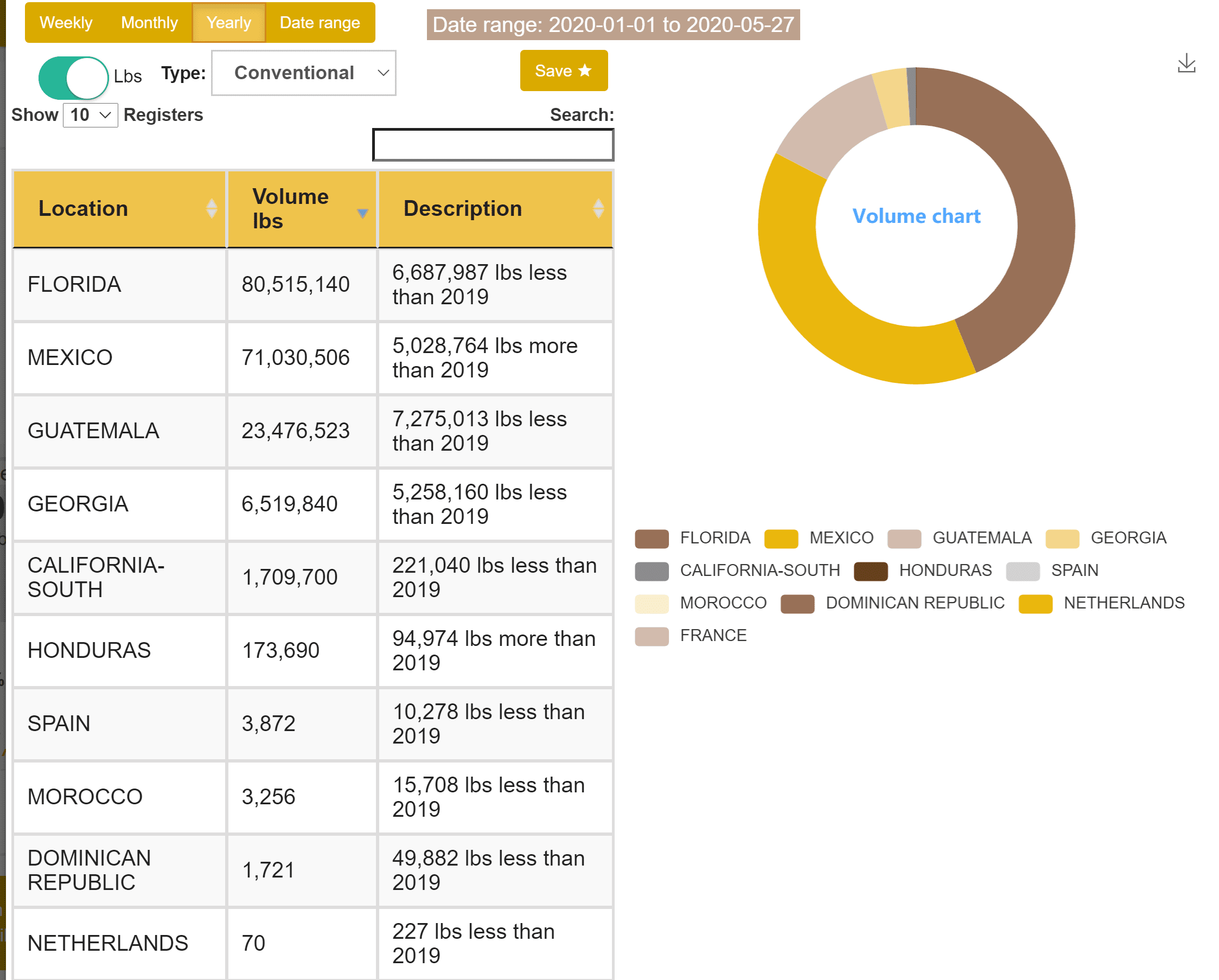 During the first five months of 2020 three main regions represent 96 percent of the total volume. These regions are Florida (44 percent), Mexico (39 percent), and Guatemala (13 percent).