Even the avocado market was affected when the COVID-19 pandemic hit the economy in mid-March, but it appears to have resumed its normal season.

Prices in mid-February to mid-March had been higher than normal, but they quickly fell when restaurants began closing. They have since stabilized at normal spring levels.

Volume has been more variable, as the pandemic has affected retail and foodservice demand and border crossings have been more complicated than normal, but California’s crop should be much higher than last year. 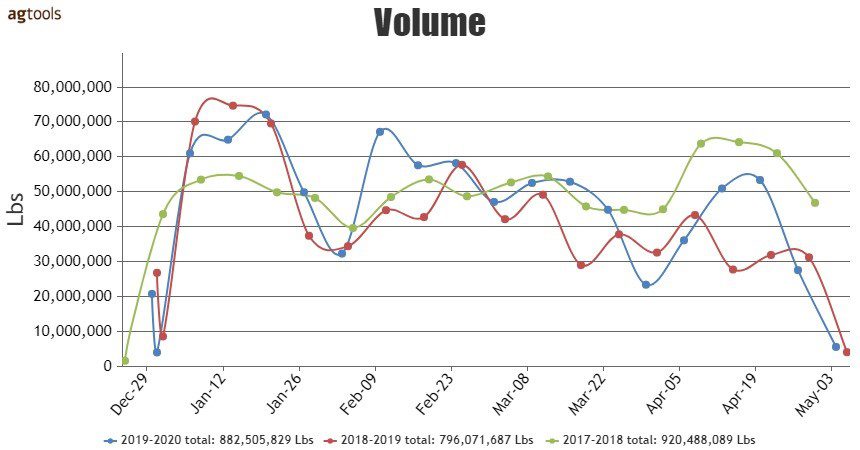 Through the first week in May, total volume for avocados in the U.S. outpaces that of 2019 by 10 percent, but it is slightly lower than the same period in 2018 said Martha Montoya, CEO at Agtools.

A closer analysis at March and April, which have so far been the two months of 2020 most impacted by the pandemic, show a different result when compared to the same periods in years prior: declines of 11 percent and 15 percent versus 2019 and 2018 respectively, she said.

“If we also consider the disruption of avocado supply during the beginning of 2019 which was transportation related negatively impacted volume at the time, the conclusion is clear that avocados have been seriously impacted by the pandemic,” Montoya said.

The behavior of prices for the most popular sizes – 40s, 48s and 60s – are very similar, Montoya said. While 2020 prices on all three categories remained above those of previous years through the second week of March, they began to fall during the third week of March, consistent with the beginning of most shelter-in-place orders.

Prices have remained just below 2019 levels but above 2018. This narrow pricing corridor has highs and lows fluctuating between $40 and $35 for all sizes for the 2-layer carton.

Should supply hold, pricing may remain at these levels, she said, as new data well into May will provide a clearer picture of how the recent buying and supply patterns affect FOB pricing.

Pricing has experienced considerable variability as the product gets closer to the consumer, which is expected given the impacted purchasing patterns of late, Montoya said. From the second half of March through the second week of April pricing in Chicago moved from highs upwards of $70 per carton to lows in the mid-$20 per carton.

New York also experienced significant swings from almost $70 per carton to around $22 per carton. Stabilization is apparent as terminal pricing ranges have narrowed during the first week of May.

The pricing premium between Conventional and Organic has held almost consistently, except for some outliers such as during the second week of April, Montoya said. 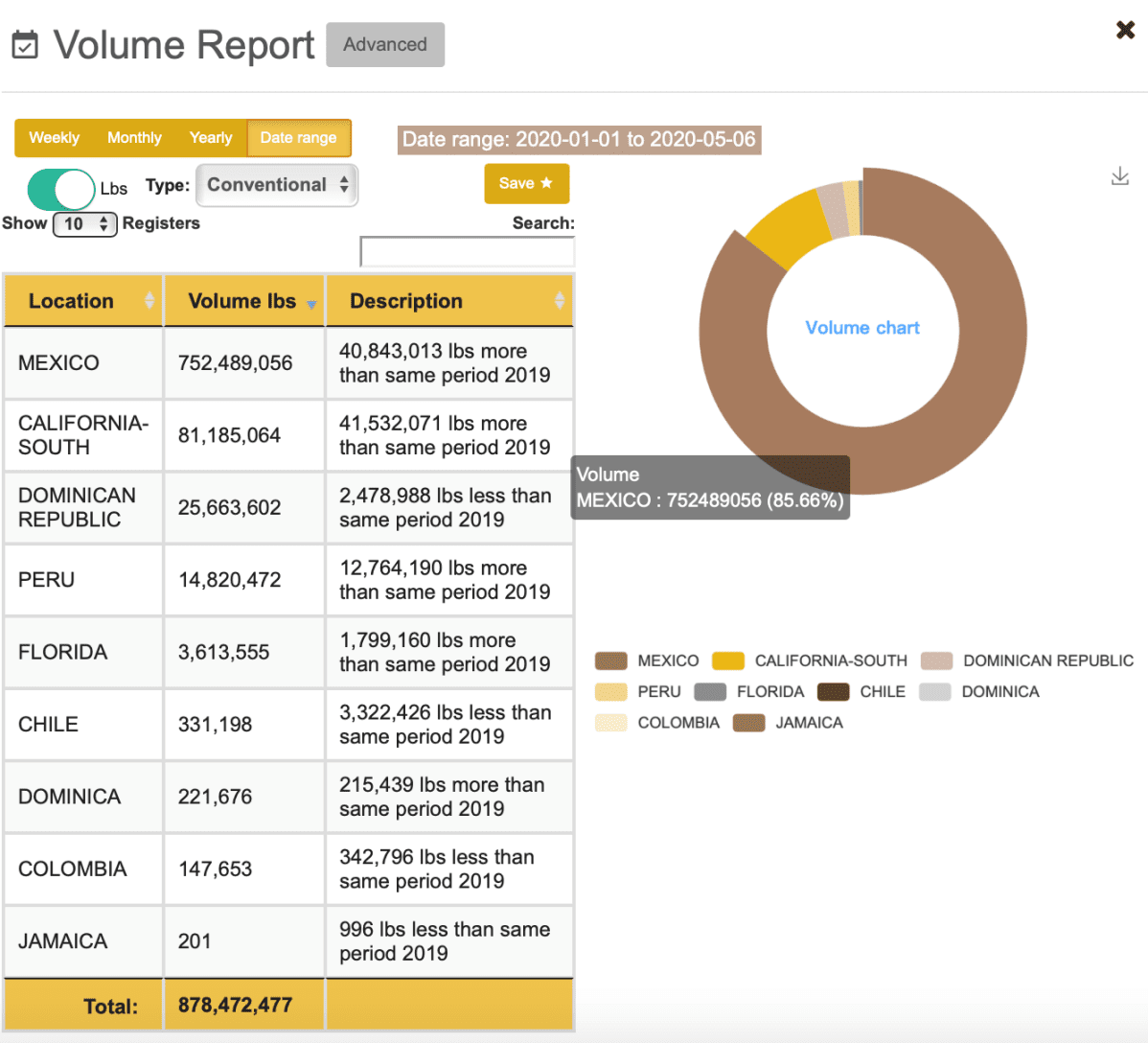 Consistent with previous years, Mexico and Southern California continue as the predominant players in the U.S. avocado market, Montoya said.

With Mexico approximately at 85 percent and Southern California at just over 9 percent, these two regions consistently provide 95 percent of the consumption year over year and any disruptions in their ability to deliver affect volume and pricing downstream.