Onion and potato markets continue to struggle with too much product and not enough outlets.

While more of both are moving through retail channels in the past month during stay-at-home orders across the country, it’s not enough to make up for the loss of foodservice and institutions.

Onions and potatoes have seen a surge in consumer demand at retail for their versatility, storage properties and comfort food status.

Unfortunately, some growers are making news for dumping product or making huge donations since the market is oversupplied. 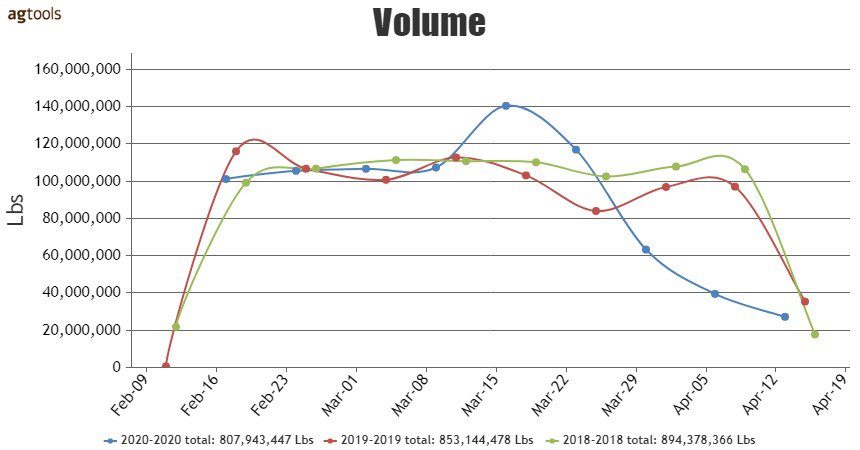 In mid-February, yellow onions saw a steady market, very similar to the market behavior of 2018 and 2019.

Volume peaked in mid-March when consumers across the country began stay-at-home orders, and then from the middle of March the trend has been consistently downward, with no bottom reached yet but perhaps one approaching in upcoming days, said Raúl López, an agronomist at Agtools. 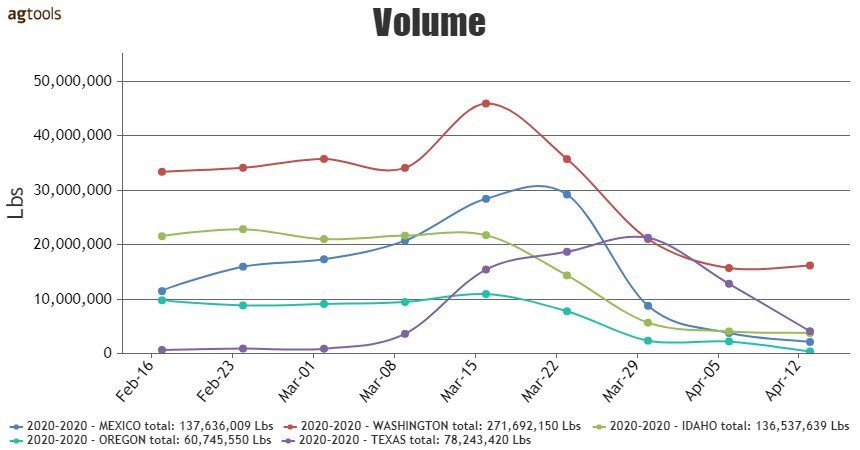 Almost all regions were steady through the middle of February, except for Mexico which had a significant increase until the middle of March, and Texas which increased significantly almost for the entire month, Lopez said. However, all regions decreased drastically during the second half of March and demand almost disappeared for all regions, except in Washington, which appears steady based on the latest data.

The F.O.B. price graph shows a comparison of 2020 versus 2019 between the three largest regions. During March 2020, prices were considerably lower than 2019, even without the effect of the pandemic.

Prices rose slightly during the middle of March, especially the product from Mexico, and then came the drop in all three regions, which remains today, Lopez said.

TOTAL VOLUME FOR POTATOS FROM FEBRUARY 17TH THROUGH APRIL 15TH 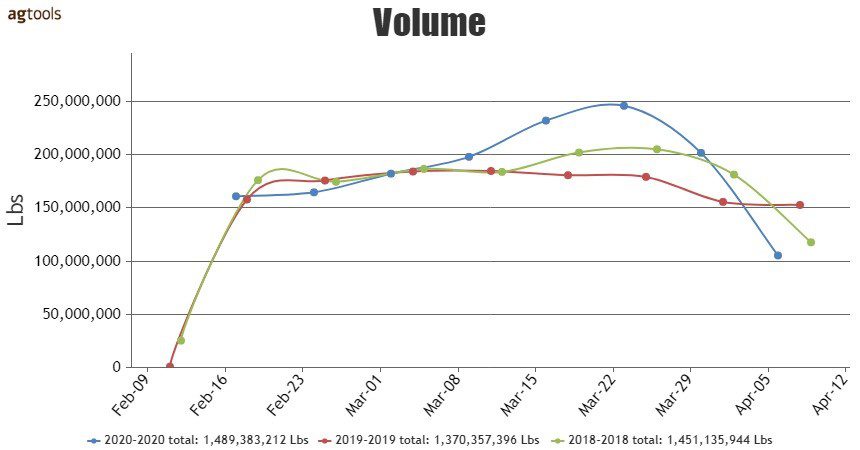 A comparison of the last three years shows very similar potato volumes from the middle of February and early March, but 2020 gets more dramatic with a volume rise at the start of the pandemic and then faster drop off, Lopez said. 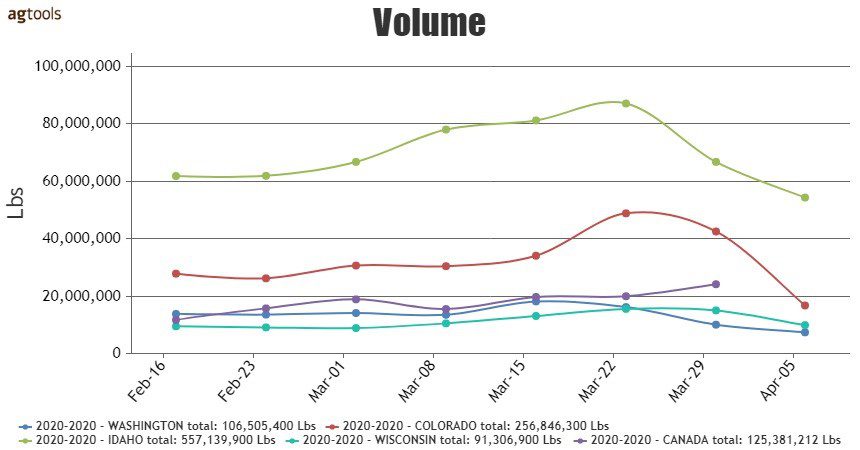 This graph shows a steady market for most of the main producing regions, with the exception of Idaho which had an increase during the first three weeks of March, Lopez said.

During the fourth week of March, all regions showed a negative trend, and the most pronounced falls were in Idaho and Colorado.

When the public health crisis began, prices started to decline. Today, Idaho product is less expensive than last year while Colorado potatoes are still higher than 2019. Prices are once again steady.