Lettuce and tomato volumes and prices dropped in the past few weeks as consumer demand cratered following the shutdown of many of the nation’s restaurants.

Lettuce and tomato have great popularity and versatility in many styles of restaurants, but with those market outlets closed, retail can’t make up the difference. The result is more supply than demand. 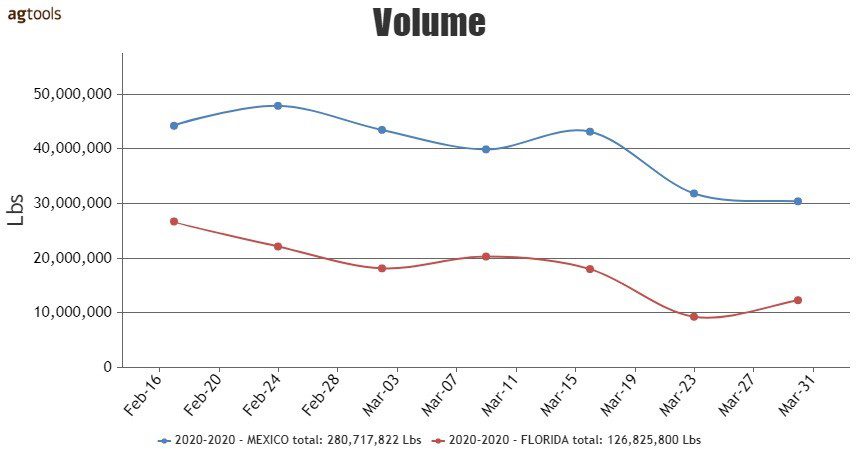 “Mexico slightly recovered in the third week of March, but then fell faster than Florida,” he said. “Now it looks like the decrease has ended and volume has stabilized.”

Blue Book has teamed with Agtools Inc., the data analytic service for the produce industry, to look at a handful of crops and how they’re adjusting during the pandemic.

The tomato market for 2020 is been mainly supplied from two regions, Mexico at 65 percent and Florida with 30 percent, making up 95 percent of the U.S. market.

TOMATO PRICES F.O.B. FROM FEBRUARY 17TH THROUGH APRIL 5TH FROM FLORIDA AND MEXICO

Since the beginning of March, prices have been on a downward trend, but it appears to have stabilized by the first week of April, Lopez said.

“The market price in Los Angeles dropped before the prices F.O.B., Lopez said. “This could be a consequence of lower demand from consumers at the beginning of March. Then there was a small increase in mid-March, and then dropped again following the same behavior of the previous years.” 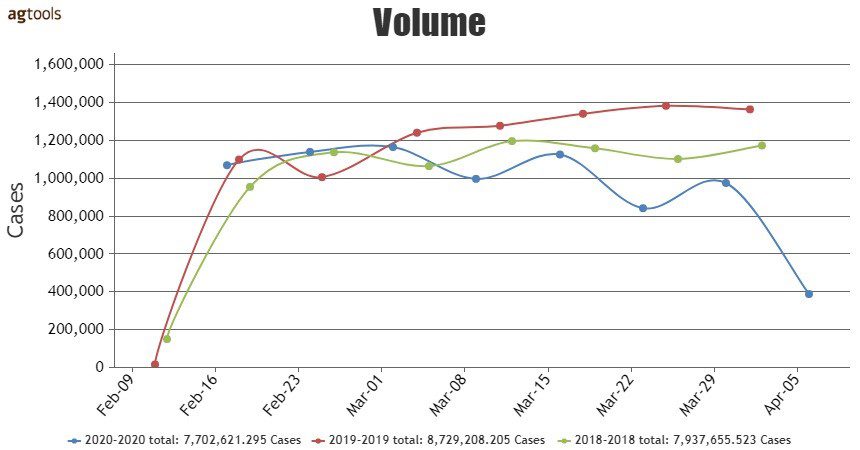 “After March 15th it falls drastically every day to almost 20 percent of regular demand in April,” Lopez said.

For 2020 during February and March, the market was supplied mainly from four regions: Arizona 60 percent, Central California 15 percent, Imperial Valley 10 percent and Mexico with 10 percent. 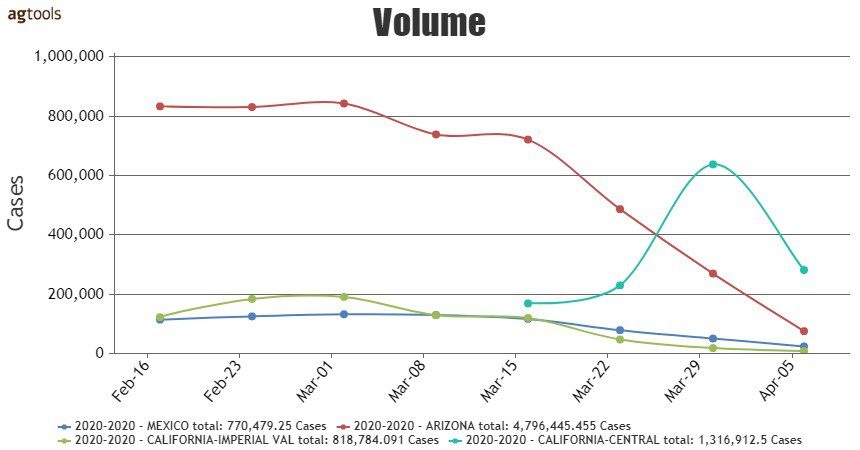 “After March 2nd, the volume started decreasing for Arizona, the other areas had no change, but when the public health emergency began, the volume dropped for all regions. Unfortunately, Central California started the season with its worst week, then it ramped up and fell back down in just three weeks.”

For 2020 the February prices were much lower than previous year, increased in the second week of March, and peaked in the third week, and then prices fell down as restaurants started to close. It seems to have stabilized at the end of March to the regular prices of previous years, Lopez said.