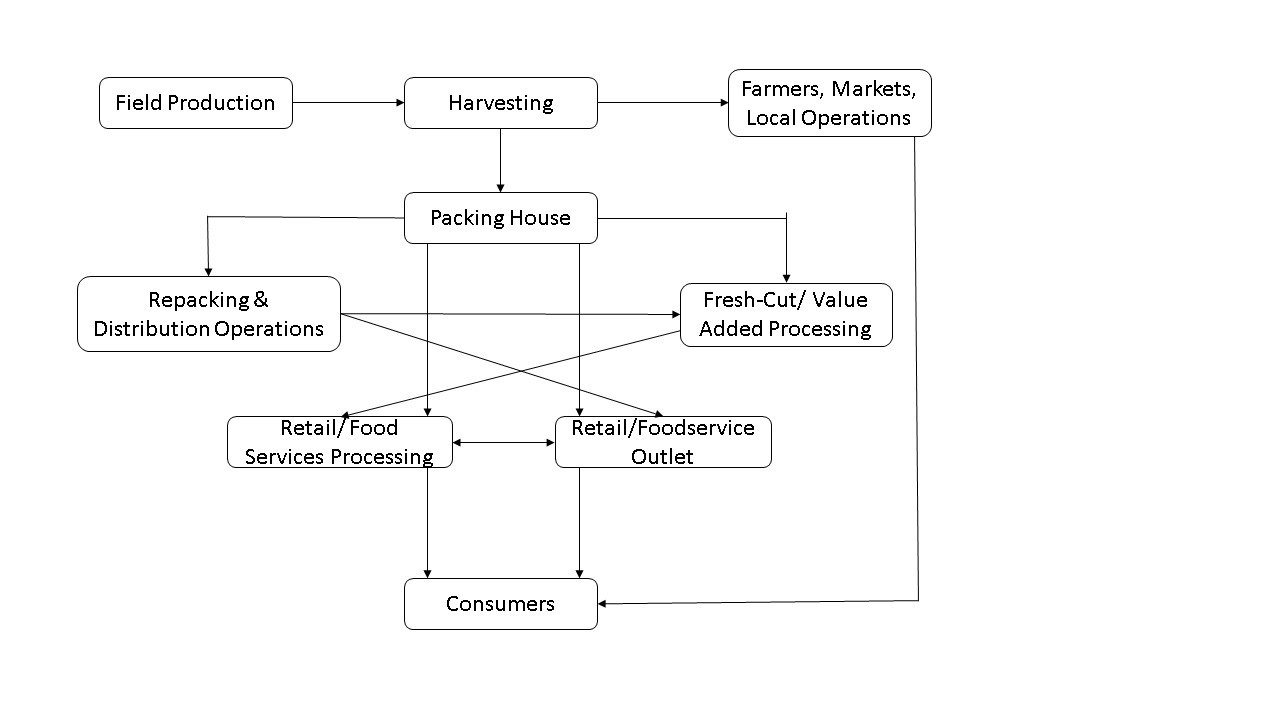 Sustainability has been established as a major concern of consumers. Many growers and retailers are partnering with transparency accountability groups like the Equitable Food Initiative (EFI) to respond to consumer demand.

Food safety is also introducing additional challenges in ready-to-eat food industry items such as fresh fruit, vegetables, and nuts. Melons, pecans, and sweet potato specialty crops are undergoing renewed scrutiny as the healthier-eating food movement increases their popularity and consumption. These food products introduce many challenges to the supply chain, from social responsibility to traceability.

According to an Associated Press story, 93 people were sickened across 9 states and 23 were hospitalized. Following the outbreak, there were increased calls to provide better traceability for producers, retailers, and the public to reduce the harm such outbreaks cause.

Melons, especially, stand out as a produce safety challenge. In 2011, Del Monte issued a recall of 4,000 cartons of melons sourced from a single farm in Guatemala with no evidence of how the disease was introduced to the fresh produce.

Since the early 1990s, tens of thousands of cases have been reported, with cantaloupe leading melon outbreak records. From 1998 to 2014, there were 38 foodborne illness outbreaks associated with cantaloupe, involving 1,512 illnesses, 364 hospitalizations, and 40 deaths according to Centers for Disease Control (CDC) figures from 2015. The listeriotisis outbreak in cantaloupe in 2011 was the second deadliest outbreak of foodborne illness since CDC began keeping records.

Outbreaks are unlikely to be eliminated in the foreseeable future, but traceability can help limit the impact of outbreaks.

Agricultural supply chains have many participants, thousands of processes, extensive manual recordkeeping practices, abundant product types, and infinite data. Industry compliance is mostly voluntary, and all members of the supply chain need to be involved for tracking to be effective.

In the melon supply chain, this includes growers, harvesters, packers, distributors, wholesalers, retailers, processors, and foodservice operations. This has given rise to multiple studies and grants focused on the melon supply chain and implications for blockchain or other traceability technology adoptions.

Blockchain serves as a collective public bookkeeping system, maintained by a series of computers via the internet. The supply chain’s predecessor, Bitcoin, revolutionized digital cryptocurrency by creating a decentralized method of ledger bookkeeping.

The challenge that faces implementing blockchain for the melon supply chain revolves around a lack of transparency between producers and buyers, efficiency, and trust. At each stage in the supply chain, pieces of information need to be entered into the traceability/blockchain system for the data to be visible to downstream participants.

Systems that are more easily adopted do not replicate the blockchain system in its entirety but have a limited centralized system that allows some visibility to participants along the supply chain.

For melon supply chains to fully adopt traceability technology, an element of control must be offered to producers as they communicate information selectively downstream to retailers and end-customers.

This is multi-part feature adapted from the January/February 2020 issue of Produce Blueprints.

Hannah Stolze is associate professor of marketing and supply chain management at Wheaton College in Wheaton, IL, and has a PhD in business administration with a concentration in logistic and marketing.