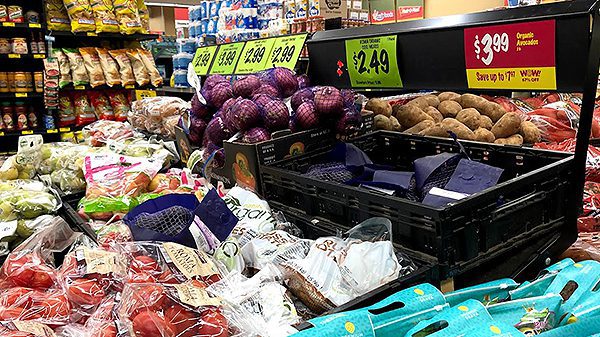 SEASIDE, CA—There’s a reason I’ve been seeking out Grocery Outlet BB #:154673 stores every time I’m nearby.

The Emeryville-based chain is the ultimate treasure hunt.

During my most recent visit, while in the Monterey Bay area attending the Organic Produce Summit, I found the holy grail of chili mangoes—the best version of this snack I’ve ever found and have been searching for ever since the Costco by my house decided to stop carrying them, for some insane reason.

People all over the produce industry tell me about the great things they find at GO (their new NASDAQ symbol, btw), and I haven’t even gotten to the treasures in fresh produce.

The art of the opportunity buy is something that’s lost on most mainstream grocery chains. Do you buy based on a computer algorithm, or based on what’s great—or, in some cases, what you can get a great deal on right now?

This isn’t the potatoes, onions, apples and bananas you’d typically find at a deep discounter.

I’ve been watching Grocery Outlet for close to a decade now and I have to say the produce selection and treatment has really stepped up over the past five years. I visited this Seaside location twice. The first time I couldn’t sneak a picture because the produce guy was actually vacuuming the onion skins out of the bins before restocking.

How many times do I see a produce clerk actually do that? They seem to have forgotten how at the regional chain I frequent around the corner from my house. I can’t tell you how many times I’ve had to go fishing in a sea of garlic skins to find a full head to buy. I’m looking at you, H-E-B.

Grocery Outlet is on the cusp of major expansion. In the month since it held an initial public offering, Grocery Outlet Holding Corp.’s stock price has continued to increase, starting at just over $28. As of the close of business on July 22, it was at an all-time high of $39.25.

It’s definitely worth a look, but I’ll let you judge.