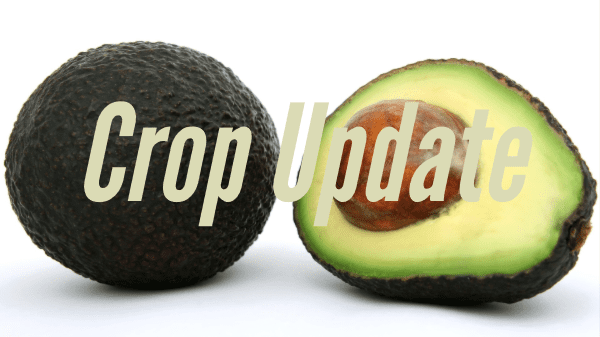 California’s smallest crop in a decade may be finished by August, and prices should stay strong as Mexican product fails to arrive in high volumes.

USDA’s Agricultural Marketing Service reports prices of $70-80 per carton of most sizes, while Mexican crossings are even higher at $78-85 per carton.

Tom Bellamore, president of the California Avocado Commission, said considering the crop is small, this season has been as good as one would hope.

“We’re pleased with the market and movement,” he said June 19. “Marketing has been as good as I’ve ever seen it.”

“We’re hearing reports that some retailers may not promote as hard for July 4 with the uncertainty with price and fruit volume,” he said. “But fruit is going to move without much promotion.”

Markon Cooperative’s BB #:123315 weekly market update reported that avocado prices have been rising through July as Mexico’s winter season winds down and California supplies are about half of last year’s.

“Expect elevated markets through mid-July, when summer volume will increase in Mexico,” it reported June 18.

Bellamore said based on the 10-million-cartons-a-week pace that growers are shipping fruit, if that keeps up, supplies may be about done by the end of July, as he said 117 million cartons of the 170 million total crop have been shipped to date.

“My own prediction is it’s bigger than 170 million,” he said, considering weather has been ideal and starting to warm up in the last few weeks, which would improve sizing.

The California avocado crop has mostly stayed on the West Coast, as it was expected, but demand from some Asian countries such as South Korea, led to some export success for some growers.

This year was a down year in the two-year crop cycle, which means Bellamore is optimistic for next season, especially with the rains in California this winter, he said.