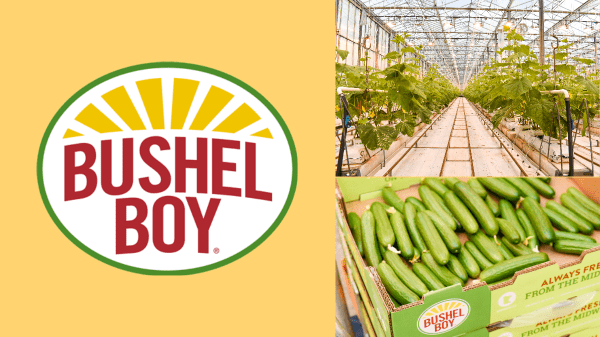 For the first time in more than three decades, the innovative greenhouse growers will produce a second crop using a high-wire production system amid unprecedented industry growth

OWATONNA, Minn. — Bushel Boy Farms, a leading producer of fresh, local, greenhouse-grown produce year-round in the Upper Midwest, now grows cucumbers at its Owatonna greenhouse. The first harvest will hit shelves at major retailers throughout the Twin Cities in October.

Bushel Boy Farms is the first company in Minnesota to produce the crop year-round. 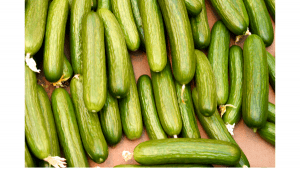 Cucumbers are just the second crop to be grown using Bushel Boy Farms’ high-wire production system. The company, now in its 32nd year in operation, is already well-known for its nine varieties of fresh, garden flavor tomatoes, as well as greenhouse-grown strawberries, launched in 2021.

The news follows a recent report from The Food Institute that continued investments in the vertical farming industry will bolster its projected market value to $20.9 billion by 2029, a sign of the market’s value during current global economic and supply chain challenges.

“We’re driving innovation for the greenhouse farming industry in the Midwest with the launch of cucumbers, our first vertically grown crop in decades,” said President Chuck Tryon. “We’ve strived to build our brand on the premium flavor and quality of our tomatoes, and consumers can expect that same level of commitment with these new products when they see our logo in stores.”

In addition to its Minnesota facility, the company also owns and operates a 16-acre greenhouse and campus in Mason City, Iowa that opened in 2020.

Bushel Boy Farms was founded in Owatonna, Minn. in 1990 with a simple desire to grow fresh, vine-ripened tomatoes year-round, even in the depth of a Minnesota winter. Known for their red, ripe color and fresh garden flavor, Bushel Boy has been supplying the upper Midwest with tomatoes year-round—long before locally grown was an important consumer-buying consideration. Three decades later, the company established itself as a leading Midwest innovator in the indoor farming industry and added new products to its portfolio, including a full snacking tomato category, strawberries and cucumbers. Bushel Boy’s expert agriculture team has created the perfect growing environment in Owatonna and Mason City, Iowa facilities, combining the latest in greenhouse design and technology with the hands-on TLC it takes to produce high-quality, premium produce. Bushel Boy crops are always vine-ripened, carefully packed and rapidly shipped for maximum freshness and flavor. To learn more, visit www.bushelboy.com.