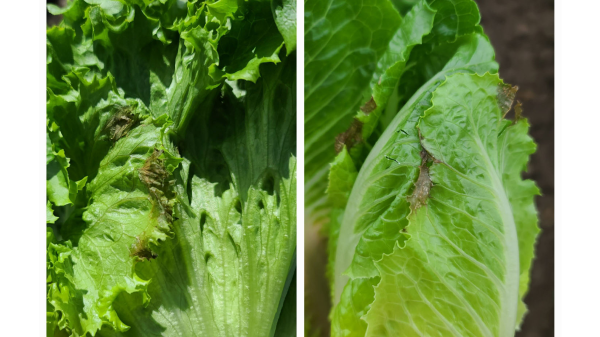 The September heat wave in California is causing quality problems for most lettuce varieties.

That, in turn, is causing high prices to remain, and they may be headed up as fall begins and growers start the transition from Central California to the Yuma, AZ area.

California green leaf, iceberg, and romaine supplies have been impacted by disease pressure and higher-than-normal temperatures. Prices continue to climb.

INSV and Sclerotia are of special concern and have forced suppliers to cut ahead of their scheduled harvests, affecting Romaine Hearts markets/availability.

Romaine prices will remain elevated through September and the Yuma transition.

Mildew, among other pest and disease pressures like INSV, has forced suppliers to cut ahead of their scheduled harvests, lowering case weights and field level yields.

Markets are forecast to climb over the next five to seven days and will remain elevated through Yuma transition.