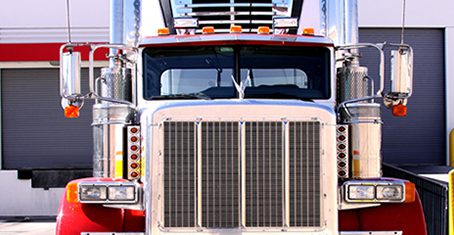 Since July 18, California ports, including those of Oakland, Los Angeles, Long Beach, and San Pedro, have been blocked by truckers gathering to protest the implementation of AB 5, a controversial state measure that is aimed at extending employee status to operators who had been operating as independent contractors.

On Tuesday, July 19, 1,000 truckers gathered to block the gates of the SSA terminal, the largest in the Port of Oakland.

They were supported by some 100 longshoremen, who refused to cross the picket line.

Many truckers are and always have been employees of the company they work for. They are entitled to benefits including health insurance, mandatory breaks, sick leave, and mandatory meal and rest breaks.

Many others own or lease their own equipment. Called “owner-operators” (a term that turns out to be rather squishy in practice), they hire themselves out to businesses. Many of these are completely independent contractors and will remain so.

The dispute has to do with a number of owner-operators who do not operate entirely independently of the companies they work for. Sometimes they work under a company’s aegis to avoid paying insurance, which, though mandatory, is often unavailable or crushingly expensive.

Typically, these truckers “do not have their own motor carrier authority granted by the DOT. This means they cannot operate fully independently from a motor carrier company,” according to the website of Coyote, a logistics service company.

The truckers who are most outraged by AB 5 are likely to fall into the third category. They are “worried they will have to take on added costs, like buying their own insurance. Independent truckers who own or lease their own trucks and don’t work for larger companies worry they will be forced to spend tens of thousands of dollars on insurance premiums,” according to a story from NBCNews Los Angeles.

AB 5 is part of a longstanding effort by both the federal and some state governments to close loopholes whereby employers can hire ostensibly free-lance workers who are actually subject to the employers’ control but do not receive the benefits and rights to which full-time employees are entitled.

Truckers’ organizations are by no means united about AB 5. Some, like the California Trucking Association, oppose it vehemently.

Others, notably the gigantic Teamsters Union, are in favor.

How will AB 5 affect the produce industry?

Ian LeMay, president of the California Fresh Fruit Association, has a cautious response: “It’s beginning to make the trucking market more competitive. As the supply of independent truckers dwindle, our members are relying on larger entities,” though he adds, it “has yet to rise to a critical point.”

“To get our crops to commerce, we need a vibrant and robust trucking industry,” LeMay stresses. “AB 5 concerns us, but it has not thrown the proverbial monkey wrench into the works just yet.”