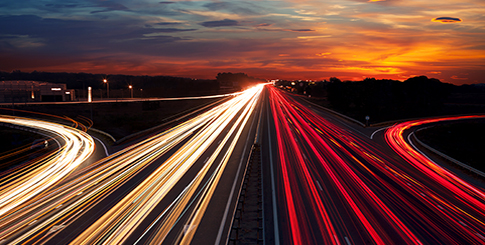 It has long been part of the creed for many that federal regulation is a Bad Thing and that it should be shrunk to the point where it can be drowned in a small bathtub.

Of late, the Supreme Court has been happy to oblige. In a ruling (or rather nonruling) last month, they declined to hear an appeal challenging California’s regulations for the popular herbicide Roundup—meaning that California could go ahead and enforce them, even though they are more stringent than those of the Environmental Protection Agency.

Now it’s the trucking industry’s turn. Again, the focus point is California. And again, it has to do with the curtailment of federal authority, this time in relation to AB 5. (Here it is, if you want to read it).

In essence, AB 5, passed by the state in 2019,  mandates stricter criteria for determining an employee’s status as an independent contractor as opposed to that of an employee.

AB 5 was challenged in court. The first court struck it down. In April 2021, an appellate court reversed that decision, saying that the law stood after all.

Last week the Supreme Court declined to hear the case, meaning that AB 5 stands after all.

In short, AB 5 will make it more difficult for truckers to claim independent contractor status in California. The ABC rule will apply.

This is what ABC stands for, according to CTA:

An employee qualifies as an independent contractor if and only if ALL of these provisions apply to him or her:

What if you’re an owner-operator? Again according to CTA:

“The law does not differentiate leased owner-operators from those who operate under their own authority. All hiring entities will need to satisfy the ‘ABC’ test.”

What if you’re not a California resident or work for an out-of-state carrier?

CTA: “If you are a California resident performing work within California, AB 5 applies to you. Applicability of California labor law to other work situations is not currently a settled matter of law.”

CTA was not shy about making its feelings clear about the decision:

“Gasoline has been poured on the fire that is our ongoing supply chain crisis. In addition to the direct impact on California’s 70,000 owner-operators who have seven days to cease long-standing independent businesses, the impact of taking tens of thousands of truck drivers off the road will have devastating repercussions on an already fragile supply chain, increasing costs and worsening runaway inflation.”

Recent Supreme Court rulings have shown a pattern: the court is unwilling to allow federal regulations to preempt state regulations, even if the latter are more stringent.

These decisions open the door to many more state regulations, particularly in states like California, which are so large that their enforcement reaches well beyond their borders.

At this point, we might ask whether interstate commerce will shrink to the point where it can be drowned in a small bathtub.