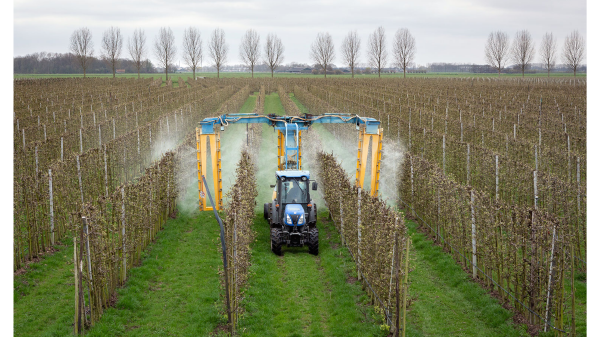 If Roundup were a human being, at this point it would be pretty depressed.

The popular herbicide has received two adverse judicial rulings over the past few weeks.

The better-known one is the Supreme Court’s refusal to grant a writ of certiorari in the case of Hardeman v. Monsanto, leaving stand a lower court’s ruling that Roundup caused cancer in plaintiff Edwin Hardeman—along with a $25 million settlement.

(A writ of certiorari, by the way, simply means that a higher court agrees to hear an appeal against a lower court’s ruling.)

In a less noticed ruling on June 17, a federal appellate court ruled that the Environmental Protection Agency’s (EPA’s) registration of glyphosate is unlawful because the agency did not comply with its own review standards.

The suit was brought by the Center for Food Safety and its farmworker and conservation clients.

In 2015, the EPA issued a “preliminary ecological risk assessment of the pesticide,” according to the court ruling. The EPA concluded that “glyphosate posed no serious human-health risks and should be classified as ‘not likely to be carcinogenic to humans,’” although it “may pose certain risks to mammals and birds and may adversely affect terrestrial and aquatic plants, primarily from spray drift.”

In 2020, the EPA validated this assessment as a final ruling, which was contested by CFS and its clients.

Circuit judge Michelle Friedland’s June 2022 ruling says, “A group of petitioners challenged EPA’s decision, arguing, among other things, that EPA did not adequately consider whether glyphosate causes cancer and shirked its duties under the Endangered Species Act (‘ESA’). We agree and remand to the agency for further consideration.”

The ruling went on to note that the plaintiff contests an EPA “Cancer Paper’s reasoning, primarily arguing that EPA contravened the Cancer Guidelines it purported to follow. We agree.”

In May 2021, the Biden administration EPA “effectively admitted grave errors in EPA’s 2020 interim registration of glyphosate, best known as the active ingredient in Monsanto’s Roundup pesticides, and asked the court for permission to re-do the agency’s faulty assessments,” says the Center for Food Safety. “However, the agency stated that, despite its misgivings, Roundup should nonetheless stay on the market in the interim—without any deadline for a new decision.”

“We require EPA to issue a new ecological portion [of its safety evaluation] by the October 2022 FIFRA deadline.” FIFRA is the Federal Insecticide, Fungicide, and Rodenticide Act.

Consequently, Bayer, the product’s current manufacturer, will conceivably have to face varying state regulations regarding Roundup use, as well as a host of lawsuits.

In any event, Bayer announced in July 2021 that it would “replace its glyphosate-based products in the U.S. residential Lawn & Garden market with new formulations that rely on alternative active ingredients beginning in 2023, subject to a timely review by the U.S. Environmental Protection Agency (EPA) and state counterparts.”