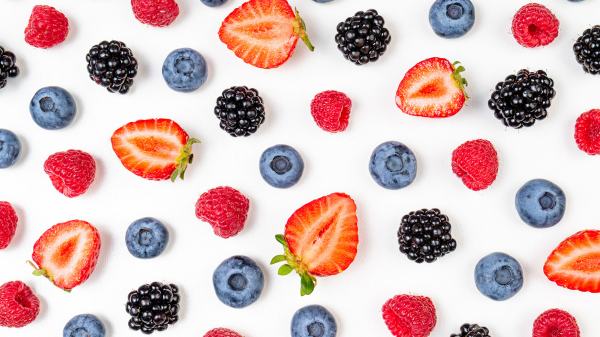 Mexican berry production has grown to the extent where it has displaced corn as the crop of choice in areas of the states of Michoacán and Jalisco.

As a result, Mexico now has to import 37 percent of the corn it needs. The nation remains self-sufficient in white corn, which is what the population consumes, but it is deficient in yellow corn used to feed livestock.

Experts say that there is no more land in the nation to increase grain production, so Mexico is likely to rely on imports from other nations, notably the United States, for the foreseeable future.

One reason lies in the benefit-cost ratio of growing each crop. According to a study at the Autonomous University of Chapingo, the highest benefit-cost ratio is for blueberries, at 2.82. For raspberries, it’s 1.88, 1.82 for strawberries, and 1.76 for blackberries. For corn, it’s only 1.2. (Avocados, another major export item, come in comparatively high, at 1.82.)

“Data from the international market indicate that the average consumer price of blueberries is $5.07 per kilogram, 1.6 percent more than in 2020; that of raspberries is $9.88 per kilo, an increase of 8.9 per cent; strawberries are $2.96 per kilo, up 40 percent, and blackberries are $5.20 per kilo, up 34 percent over the past two years,” notes an article on the Mexican news site La Jornada.

The price rises are to some extent due to the pandemic, according to Juan José Flores García, general director of the berry export frim Aneberries. Many consumers associate berries with higher immunity rates and have increased their purchases as a result.

La Jornada notes that municipalities in southern Jalisco already have large tracts of land under cultivation for berries, and production is now starting to move to the center of the state as well.

Flores García observes that berry cultivation, which is more labor-intensive, provides more opportunities for employment and better pay than staples like corn.

To look at this issue in the longer term, these trends point toward more interdependence between Mexico and the U.S. for foodstuffs, with Mexico producing more fruit and less grain. Fruits and vegetables are more labor-intensive than grains; hence Mexico, with its lower labor costs, is favored here. Crops like wheat and corn, by contrast, are heavily mechanized, suggesting that the United States is likely to continue to dominate in this arena.

The United States is expected to retain its position as Mexico’s chief grain supplier as a result of currently existing relationships and the free-trade agreement in place between the two nations.