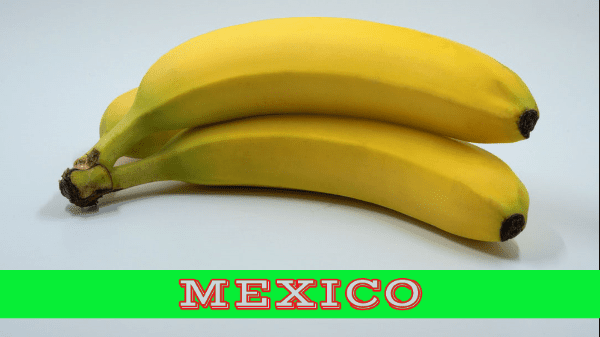 Three hundred and fifty banana producers from the Mexican municipalities of San Rafael and Martinez de la Torre, located in the center of Veracruz, are facing the worst marketing crisis in the last 30 years, according to La Jornada.

An excess of fruit in Tabasco and a frost that damaged production in this area cause prices to drop so much that farmers have been forced to throw away their crops or feed them to livestock.

About 6 percent of the U.S. banana market consists of imports from Mexico.

Other factors have added to complications, such as Hurricane Grace which hit Veracruz in August 2021 and resulted in farmers having to spend their savings to rebuild their plantations because there was no federal support; and the increase of 200-300 percent for fertilizer due to global supply chain problems and the conflict between Ukraine and Russia.

Juan Jose Rodriguez Velasco, a plantation grower in the region, stated that production costs are $2.50-3.00 pesos per kilo while it is sold at the market for 80 cents. He said the surplus in Tabasco has flooded the national market, and the frosts from December 2021 caused the banana in the region to be affected and unable to compete in quality.

“When we reach 10 degrees in this area, the fruit burns, it turns brown, as we say, and that causes it to lose value in the market because it no longer turns yellow, as people like it, although its flavor is still very well, even sweeter,” he said.

Veracruz is the fourth largest producer in the country, behind Colima, Chiapas, and Tabasco.