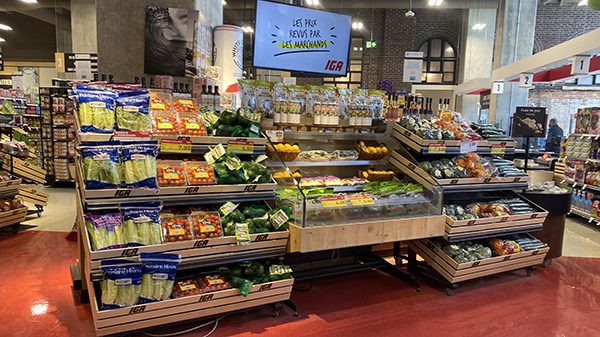 MONTREAL, Quebec — There’s no official bus tour for the Canadian Produce Marketing Association convention this year, but organizers were kind enough to give walking directions to a quartet of stores within range of the event, so accepted the step challenge.

The first stop is IGA, a small format downtown store that has a surprising amount of square footage for the building it occupies.

The produce department is large, with several sections dedicated to Quebec produce, and lots of variety — this is no limited assortment store.

The store also featured one of the kiosks for a food waste prevention program called Food Hero, where customers can sign up to know what’s markdowns have been put in the kiosk to save some money on fresh food. This wasn’t the only version of this program I saw on the tour so stay tuned.