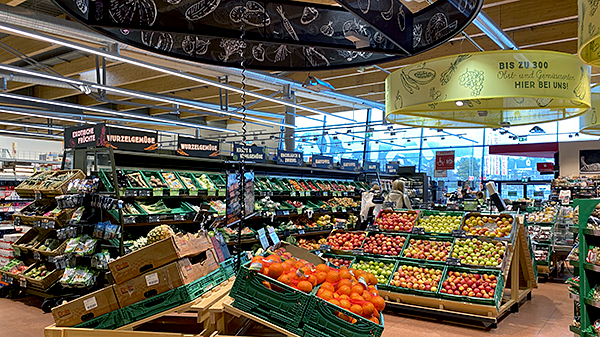 I’ve been following Spar stores on social media for a while but hadn’t had the chance to see one in person until we happened upon one on the way from Bavaria to Zurich.

The surrounding views were beautiful, and so was the store, which had a large and bright produce department with an extensive grab and go food selection, more salads than we saw in Germany (but fewer than the upcoming checks in Switzerland) and the now-ubiquitous miniature cauliflower, broccoli and romanesco packs.