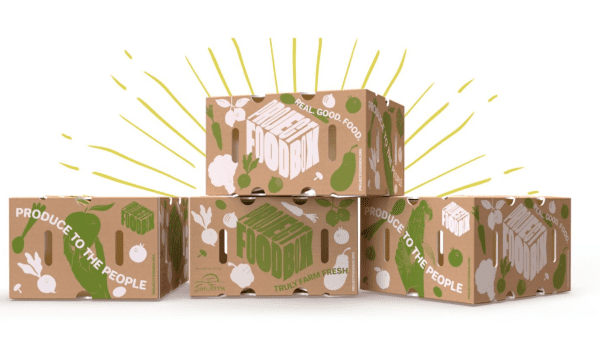 The USDA’s food box program was generally considered a success, both in terms of helping companies affected by the early stages of the pandemic and feeding needy people.

For about a year, starting in May 2020, USDA used $6 billion in appropriations to pay for 243 contractors to deliver 176 million boxes of food.

The current version of the program, called the Emergency Food Assistance Program (TEFAP) produce box program, is much smaller, at a $15 million budget for the first half of 2022.

One participant of both versions of the program has found the experience so rewarding that it has created its own food box program outside of USDA.

Brazeel said it all started in April 2020 when company leaders could see there were thousands of fruits and vegetables with no home due to early pandemic rules, but Secretary of Agriculture Sonny Perdue announced a public-private partnership plan to procure produce packages for needy Americans.

“We felt we were uniquely qualified for the program with our distribution, delivery, growing and grower contracts and contacts in the non-profit area,” Brazeel said.

Sunterra got a $6 million contract for the first round and then several more, and currently has a $2.4 million produce box contract in TEFAP.

“In my 30 years in the industry, I’ve never seen a government program help farmers as much [as the food box program],” he said. “We want to keep going with it because it’s fun. There’s a lot of friction in the industry, and this doesn’t have that.”

Project FoodBox buys fruits and vegetables when they’re in oversupply, Brazeel says, and packs and delivers them to non-profits based on their specifications.

“We treat food banks like customers, not just for desperation,” he says.

He said SunTerra packs about 20,000 boxes per week through Project Food Box and has delivered more than 2.5 million boxes to more than 100 non-profits.

Brazeel said from the beginning of packing produce boxes for USDA, Sunterra has concentrated on high quality produce, often No.1 grade, because the company is also a farmer. Even as USDA has moved to more of a low-cost based program, Brazeel says it doesn’t mean low quality to the company.

“We pack a dignified box, a food bank director told us,” he says.

“We have gotten back to normal business, but food boxes will be a normal part of our business too,” he says. “Every stakeholder along this process feels good about this program.”