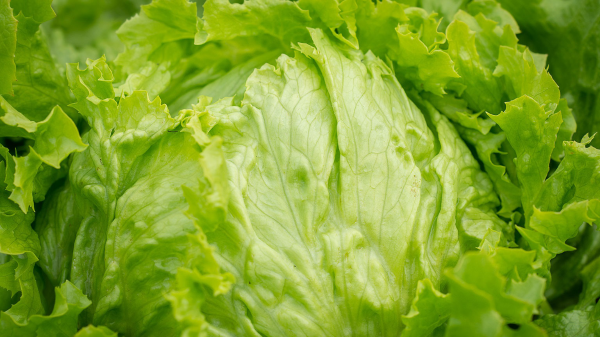 I get lots of newsletters every day in my email, but among the ones I find most informative is Rural Migration News, which comes out of the University of California at Davis, the academic home of the man who is probably the foremost expert on agricultural labor in the U.S.: Professor Philip L. Martin.

One item in the latest issue piqued my curiosity: “Alternatives to hand labor in lettuce.” The unsigned article covers much more than the topic of the headline. Actually, it’s a great brief survey of today’s lettuce industry from dirt level.

One handy summary of the market: “Lettuce is produced year-round, with 70 percent from CA and 30 percent from AZ. Americans are consuming less head and more other lettuces, so that each type was about half of the 25 pounds per person available in 2019.”

This is significant because “consumer preferences are shifting toward the leaf and romaine lettuces that are easiest to harvest by machine. Heads of lettuce present several challenges, including the need to lift the head before cutting it to avoid leaving dirt on the cut head that would require washing before the head can be wrapped for sale. For this reason, most growers prefer to hand harvest head lettuce.”

As for technology, we learn that the greatest advances in lettuce mechanization is at the preharvest stage, where “machines recognize the location of each desired plant and can remove other plants and weeds with knives, flames, or chemicals, allowing hand clean-up crews to cover more acres in the same time as they follow up after the machines, especially in organic fields.”

Mechanical thinning is a huge cost savings, because hand thinning costs around $120 per acre, whereas a machine can do 1.5 acres for $30-$40.

As its name, Rural Migration News, suggests, the newsletter focuses on farm labor, and this article has a long section on this subject, including unions. As long-term observers of the industry will remember, lettuce harvesting was the field for an acrid battle between lettuce growers, Cesar Chavez’s United Farm Workers union, and the rival Teamsters Union in the 1970s. The two unions vied to sign up lettuce workers.

The long-term outcome wasn’t great for the UFW. In 1996, after years of litigation, it signed a contract with lettuce grower Bruce Church (in a Salinas library named after Chavez), but Bruce Church went out of business directly afterward.

“The UFW negotiated its only lettuce contract in 2007 with D’Arrigo, whose workers voted for UFW representation in 1975,” says the article. “The UFW-D’Arrigo [contract] covers about 1,500 workers employed by D’Arrigo, but not workers who are brought to D’Arrigo by FLCs” [farm labor contractors].

In any event, I highly recommend Rural Migration News for anyone in the produce industry who has the slightest interest in farm labor.