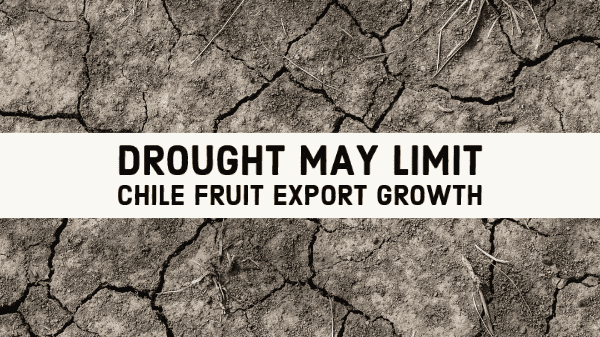 Chile has been hit by an unprecedented drought for more than 10 years now, with the lack of rainfall leaving arid fields and a growing concern in the agricultural sector, according to Bloomberg Linea.

“If we look for a year similar to 2021 in terms of rainfall, the one that is closest is 2019, which was a particularly dry one,” said Cristian Allendes Martin, president of the National Agricultural Society (SNA).

He said at that time exports fell by 13 percent, and the primary domestic product of the entire forestry sector fell by 1.5 percent. The water crisis is intensifying in the center and north of the country, where various basins are in a situation of alert and in their worst scenario since 2019.

Allendes warns that with this lack of water, it’s possible that growers will stop hiring a lot of labor, further damaging the agriculture sector, which has already been affected by the pandemic.

According to projections, the fruit sector for a year without drought could have exported more than $7.1 billion. However, it is believed that the drought will drop this number by about 8 percent, reaching just over $6.5 billion.