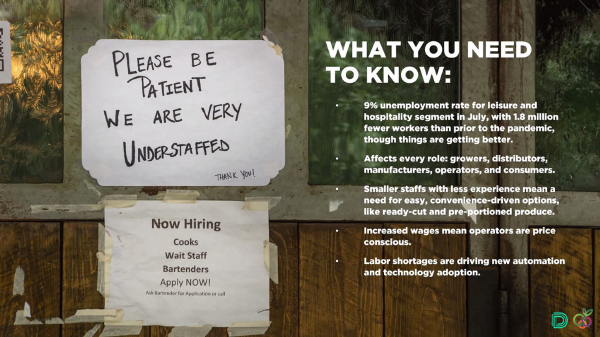 American consumers have noticed labor problems, especially in the foodservice industry, but more than 60 percent said they are sympathetic.

During United Fresh’s BB #:145458 quarterly Fresh Insights for Foodservice webinar August 24, Datassential’s Mike Kostyo said its research shows nearly two-thirds of consumers say they are willing to give short-staffed restaurants a second chance even if they receive bad service due to the shortage.

In a May survey, Datassential asked consumers if they noticed businesses struggling to serve customers because of a lack of staff, and the top industry consumers said they noticed was restaurants (54 percent), followed by grocery stores (45 percent). 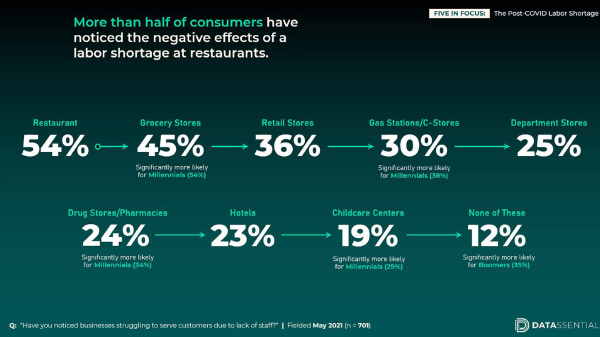 Kostyo said foodservice operators are starting to proceed as if this will be a long-term problem, which is leading to higher demand for easier items, fresh-cut, pre-portioned, and other value-added or convenient attributes.

“It was an unprecedented year in menu trends,” Kostyo said on the webinar. 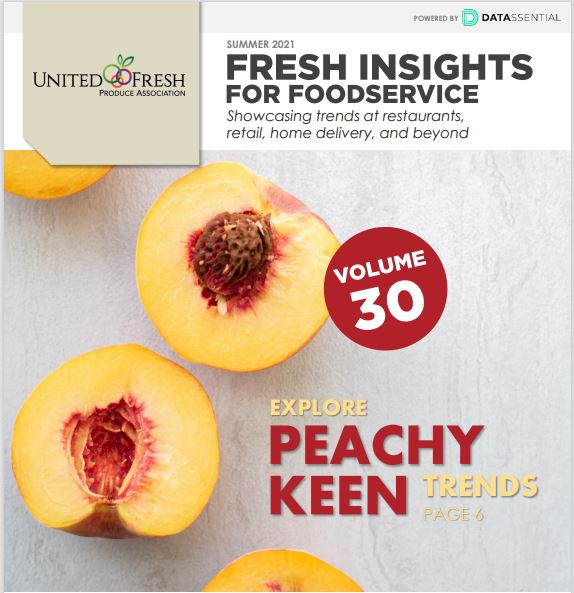