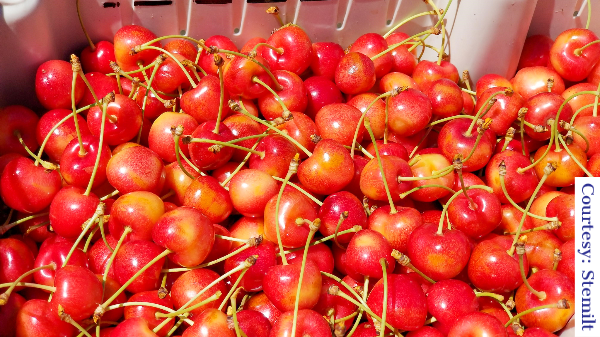 James Michael, Vice President of Marketing, North America for Northwest Cherry Growers BB #:162657 and the Washington State Fruit Commission BB #:162666, said June 28 that the heat will have some effect on the crop, but growers have dealt with this before.

He said in the 2017 season, growers adapted to a heatwave by harvesting at night, which they are doing this week.

Since most cherries are grown in a desert climate, they use sprinklers and netting, which will also reduce heat damage Michael said.

“It seems likely that fruit on the outer edges of the trees will see more impact, but we are still anticipating a full season of cherries and have not slowed our promotions,” he said.

Yakima, WA, has forecasted highs of 115 degrees on Tuesday, 113 Wednesday and over 100 degrees every day through the weekend, according to weather.com. Wenatchee, WA, has the same forecast within a degree or two.

This year’s Northwest cherry crop is projected to reach 22.4 million 20-pound cartons, according to Northwest Cherry Growers, which would be up 17 percent over last year’s 19.8 million cartons.

Michael said the Northwest cherry crop is produced by 2,000 growers across five states and over 2,000 feet of elevation change.

“Not to mention that cherries in different parts of the tree face different challenges,” he said. “So even if the heat reduces the crop, there should still be plenty of fruit to support the ads.”