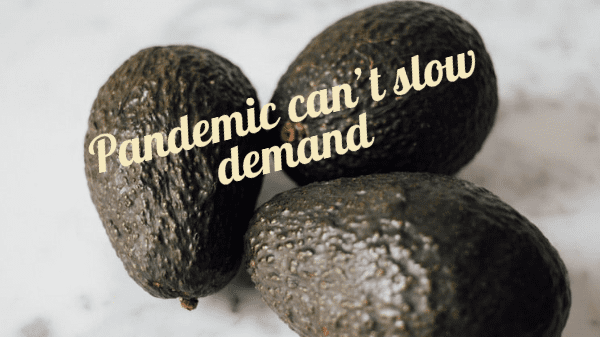 The pandemic and restaurant closings couldn’t slow the consumer demand growth for avocados.

As the 2020-21 Mexican season draws to a close (the season runs July to June), a report from Rabobank projects tighter volume this summer, increasing demand and higher prices.

David Magana, senior analyst for fresh produce and tree nuts for RaboResearch, said May 21 that Mexico suffered a freeze during the winter that wasn’t widely reported, and it could affect volume later this summer after heavy volumes in early summer. 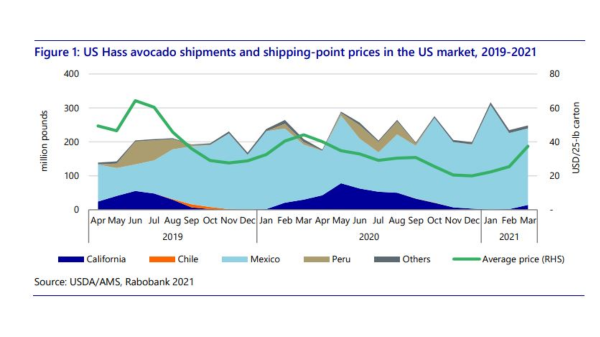 “That production is set for late August/early September,” he said. “California and Peru are wrapping up then, so I can’t say there will be tighter supplies, but more similar to the three-year average and lower than June and July.”

He said while California has one bloom season for its crop, Mexico has four, and the summer season relies on “flor loca” or the fruit from the transitional bloom. That’s what likely will be affected by the winter freeze.

Regarding prices, he said he expects them to be higher later this summer and for the rest of 2021, compared to 2020, when the foodservice channel was constricted, but not as high as 2019. 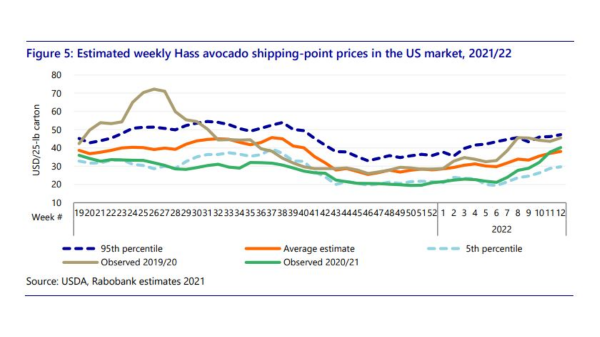 Longer-term, Magana said per capita consumption in the U.S. shows no signs of slowing down. It’s expected to show about 9 pounds per person for 2020, and he said it should grow to 11 pound per person by 2026.

“I expect that more people will come into the category,” he said. “Avocados only have about 40 percent household penetration, so I expect that to expand.”

He also expects heavy-avocado-purchasing consumers to increase the amount they buy as the economy improves and restaurants return to pre-pandemic levels.