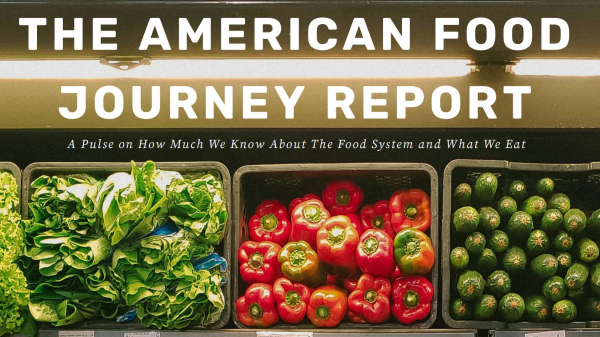 A new study shows that American consumers want more local produce options than they have, and few know that the U.S. food system suffers from problems of food waste, nutrient loss and food miles.

But there’s a solution: A fading Hollywood celebrity will sell you a $700 vase for you to grow your own crops in your living room! 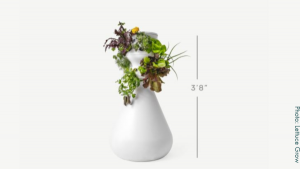 Zooey Deschanel, an actress who was famous for the sitcom New Girl and playing Buddy’s love interest in Elf, along with her now-ex-husband Jacob Pechenik, founded The Farm Project, to “reconnect people with food.”

Visiting a farmers market is a good way to get local produce, according to The American Food Journey Report.

But it says, “Over the last 50 years, local farm stands have been systematically replaced with factory food to the detriment of our health, communities and planet.”

There are laws against food stands and farmers markets? Where?

Another way is to buy the aforementioned vase from Lettuce Grow, another company founded by the ex-couple. They range in size and cost from $350-750, plus seeds, soil and other accessories.

You might ask, “What about the fruits and vegetables at the grocery store?”

The food project survey says that while 70 percent said they bought produce from the grocery store, “it’s lacking in nutrients by the time if hits the shelves.”

If you can’t tell, I’m not a fan of this survey.

A recent Produce For Better Health survey showed about 10 percent of consumers eat the recommended amount of produce, and Americans are eating them less frequently in the past 15 years, with overall instances down 10 percent and vegetables down 16 percent.

The last thing consumers need is to hear from a self-important actress telling them the American food system is broken and the food they buy isn’t healthy.

And then try to sell them outrageously priced home gardening equipment.

Fresh produce at the grocery store is often local, when in season; nutritious, whether organic or conventional; and usually the best and easiest place for consumers to buy them.

Farmers markets are fine, but unlike California, not open year-round in places that see snow. Of course, consumer demand for local won’t be met when it’s too cold for local growers.

And home gardens are great, but they take work, and they will produce a cheaper, better, more satisfying crop than a mail-order vase.

The food journey project is ignorant elitist junk, and while it’s not as harmful as the annual Dirty Dozen list, misinformation about the fresh produce supply chain discourages rather than encourages fruit and vegetable consumption.

The Farm Project’s social media accounts on Instagram and Facebook haven’t posted anything in more than a year.

More of that please.

Greg Johnson is Director of Media Development for Blue Book Services and didn't watch the Academy Awards this year.