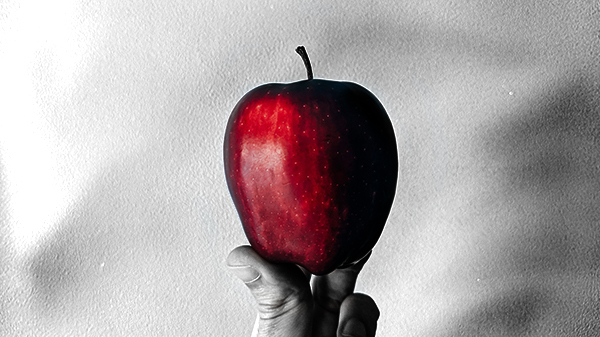 Fresh holdings of red delicious, the punching bag of apple snobs (like myself), are down 33 percent compared to the 5-year average, according to the Nov. 1 Apple Holdings report, the first of the 2020 season from the U.S. Apple Association.

During the same time period, Honeycrisp holdings are up 56 percent. Cosmic Crisp had a cosmic ascent, up more than 2,500 percent. We have to take that number with a reminder that the apple is brand new to the market, but it’s worth noting the year-over-year growth is still 433 percent. Most of the varieties that U.S. Apple tracks saw declines compared to the 5-year-average, with only Ambrosia, Honeycrisp, fuji, Pink Lady, pippin, and york showing increases. It should be noted that pippin and york are primarily processing apples, with only a small percentage going to the fresh market.

Two of the biggest declines in the mainstream varieties – other than red delicious —  were in braeburn (-66 percent) and golden delicious (-37 percent.) It’s worth noting that the data does not include some most of the club varieties like Jazz, Envy, Pazazz, Autumn Glory, SweeTango, Juici, Kanzi, Kiku, SugarBee, and others, but I think the trend is clear here, and I wonder about the future for the established main line apples.

Although this report doesn’t specifically mention proprietary varieties, I think it’s a good benchmark for what to expect for the apple market through the season.

The pandemic may put another nail in the coffin of less jazzy varieties and speed up the decline over the next few years as well. Think about all of the gas station, hotel, and cafeteria apples – typically less expensive red delicious – that aren’t getting distributed right now. The Farmers to Families Food Box program can only absorb so many bags of cheap apples.

The apple category has had a rough couple of years of inconsistent demand, a challenging export market, and excess supply. Seeing a measurable decline in less popular apple varieties can only help, right?