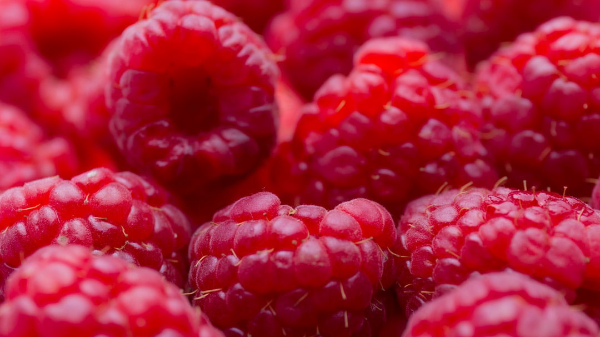 Berries have seen great consumer demand this summer, and raspberries are no exception.

Volumes have been up over previous years, and that is causing some instability in the F.O.B. market, as prices have fallen from the low $20s per flat in early August to below $10 at the start of September. But prices have been on a rise the past two weeks.

Together, Mexico and California Central account for 82.67 percent of the U.S. production of raspberries, with Mexico the single largest producer with 58.45 percent of total U.S. volume, said Paola Ochoa, Program Manager for Agtools Inc. BB #:355102

The regions of California South and Chile are the next group of producers for the U.S. in terms of volume. These four supplying regions are responsible for almost the entire U.S. volume. 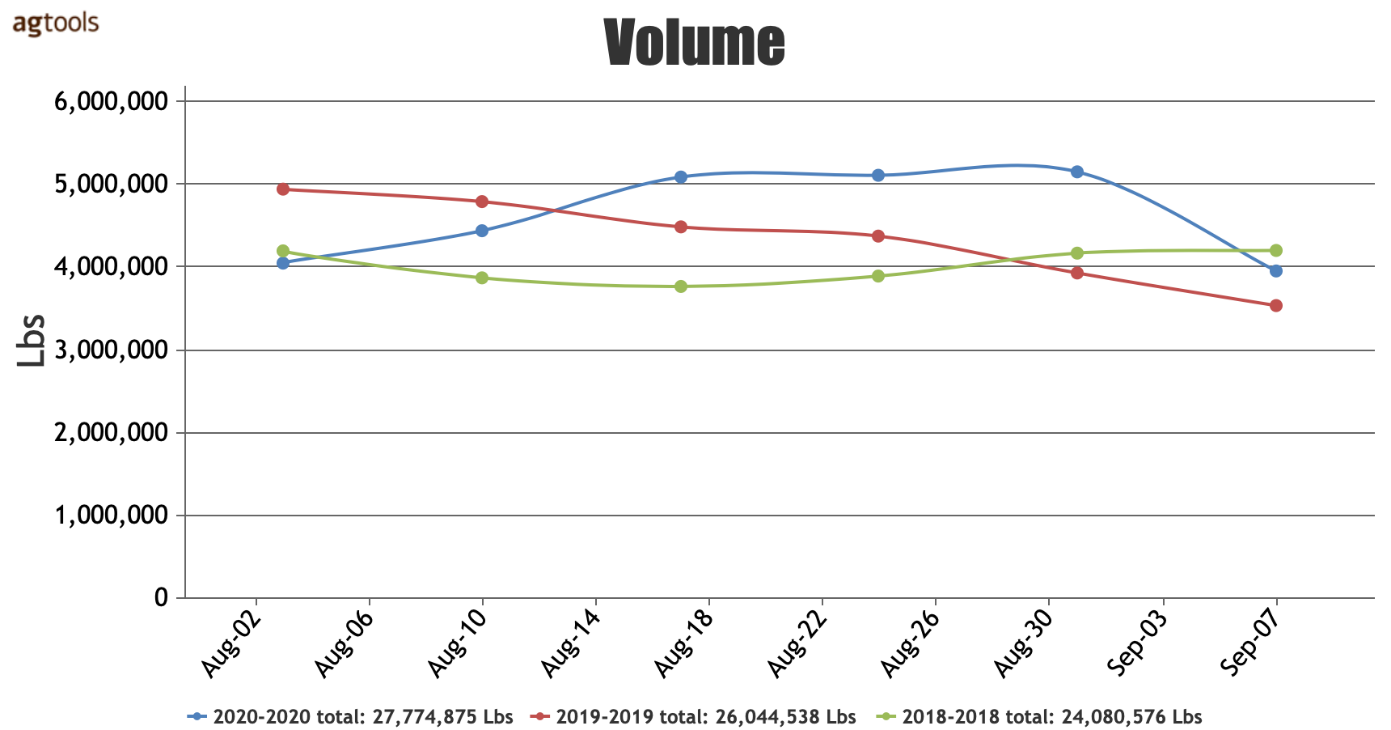 A comparison of 2020 volume with 2019 and 2018, for the period between August and September 13, 2020, shows increases of 6.6 percent and 15.3 percent respectively, Ochoa said. Demand for this commodity is steadily increasing as evidenced by consecutive years of significant growth.

At the beginning of August, the F.O.B. of raspberries was higher this year than previous years, but at the end of August 2020 prices began to fall, Ochoa said.

The lower prices can be connected to the increase over previous years lasted until the first week of September. With volumes returning to what can be considered normal territory, prices have begun to come back up albeit slowly.

The New York terminal market prices have been the lowest of the last three years since the third week of August through September, Ochoa said. The lower price coincides with the increase in production and the likely related drop in F.O.B. prices.

The retail price in the Southeast it has been very stable compared to previous years, so we can conclude that the increase in volumes this year during August has not directly impacted consumer prices, she said.

With the data so far this year we can conclude that this product is increasing in consumption and the increase in volume has likely resulted in lower F.O.B. and terminal prices.

During the upcoming weeks, Mexico’s raspberries exporting season will begin, and the data will provide further insights into the behavior of volume and pricing for this popular commodity.