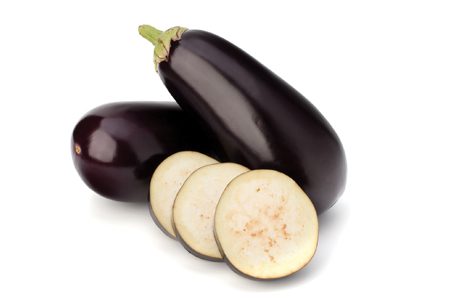 In 19th-century Egypt, insanity was said to be “more common and more violent” when eggplant was in season. If that were the case, 2020 would have to be a banner year for the commodity.

Comparing the year-to-date volume over the last three years highlights the impact of the pandemic, as volume dipped to a 3-year low at the end of March and early April, but after that, this year looks like the previous two. 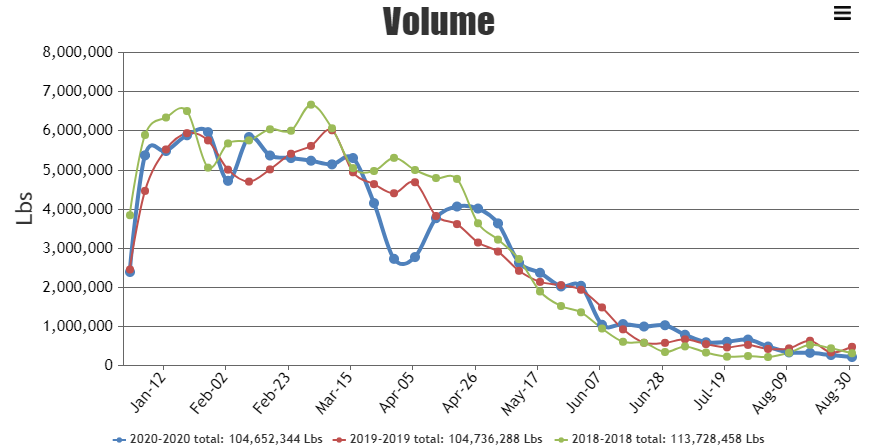 Blue Book has teamed with Agtools Inc., BB #:355102 the data analytic service for the produce industry, to look at a handful of crops and how they’re adjusting in the market during the pandemic.

Looking ahead by looking behind, we can see Michigan filling in the volume gap in September before Mexico and Florida become the primary players again.

Digging into the Michigan shipping F.O.B., the early part of August saw the high mark set at $18.85 before settling in and hitting a 30-day low of $6 towards the end of the month.

Looking at Michigan 2019 pricing from September – October, shows a similar pattern to my heart rate when someone mentions exercising. Up and down before flatlining at the end.

Once Michigan winds down, Mexico will once again take center stage and looking at the market in 2019 we see a fairly steady range with prices peaking mid-November to the beginning of December, before settling in between $5 and $10 F.O.B.

Per pound retail pricing by region over the last year shows a fairly consistent pattern with the exception of the Northeast, who had eggplant they were extremely proud of at the end of June.

The southern regions all have the most competitive retail pricing, which would be expected giving the source of the product.

Overall, while the lack of foodservice business has impacted eggplant, like most commodities, it has shown a certain level of resilience and continues to push through all the insanity of 2020.

When looking at volume, Mexico continues its dominance in terms of supply with Honduras a distant second. Domestically, Florida and Georgia are the top producers, while California, Michigan and North Carolina add a little to the mix. 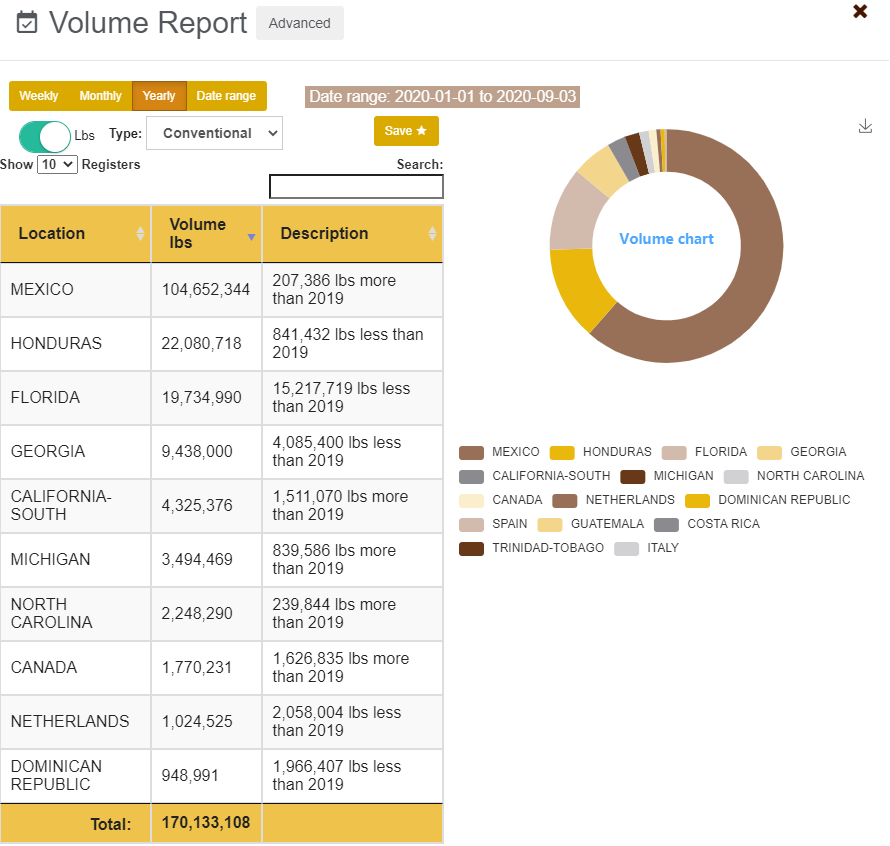 Looking at volume since August, you can see where Michigan has answered the call for more insanity. 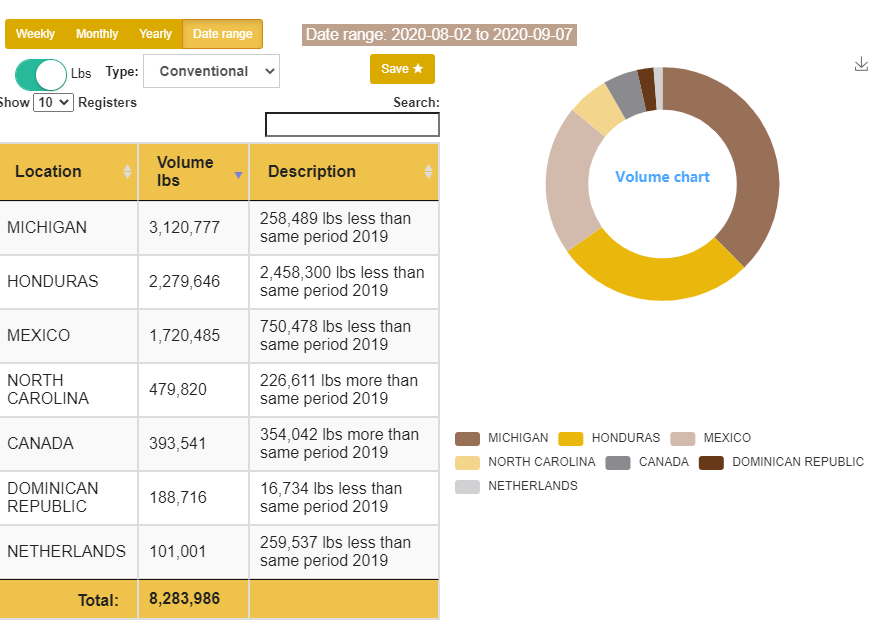 Matt DeBoer is senior vice president of sales for Agtools Inc. He has more than 20 years of experience in the produce industry.