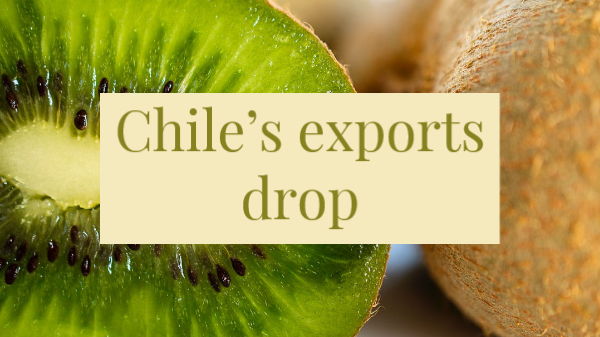 Kiwifruit volume and prices are returning to more normal levels after bad weather caused lighter supplies and a price spike.

Prices from early May to mid-June were up significantly from normal levels, as Chilean growers reported the effects of summer heat, which reduced volume and sizing.

But in the past month, prices have returned to levels similar to last year.

VOLUME TOTAL, KIWI CONVENTIONAL FROM MAY 1ST THROUGH JULY 17TH 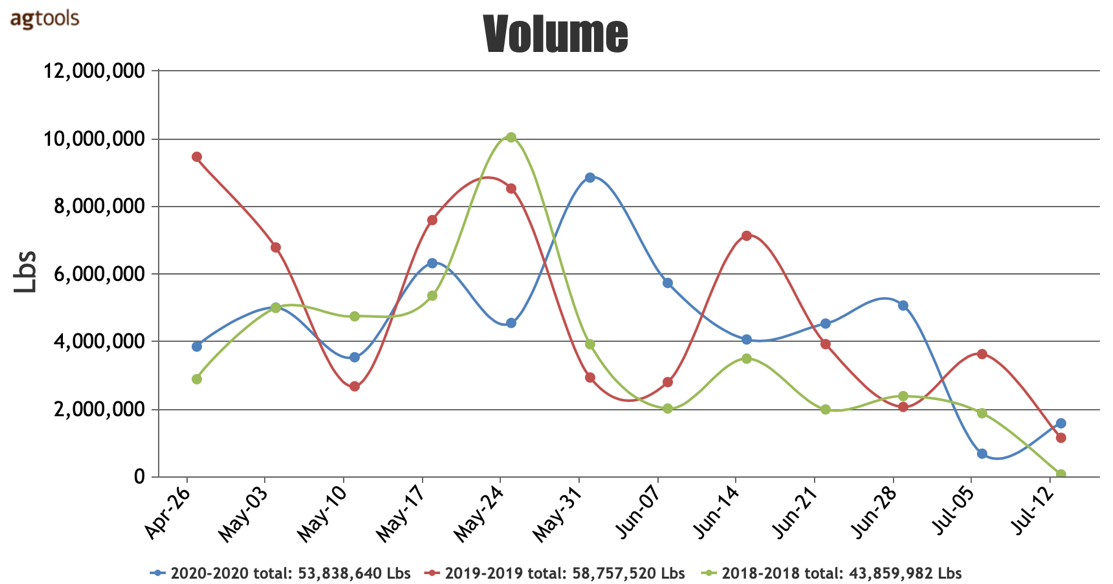 VOLUME CHILE, KIWI CONVENTIONAL FROM MAY 1ST THROUGH JULY 17TH 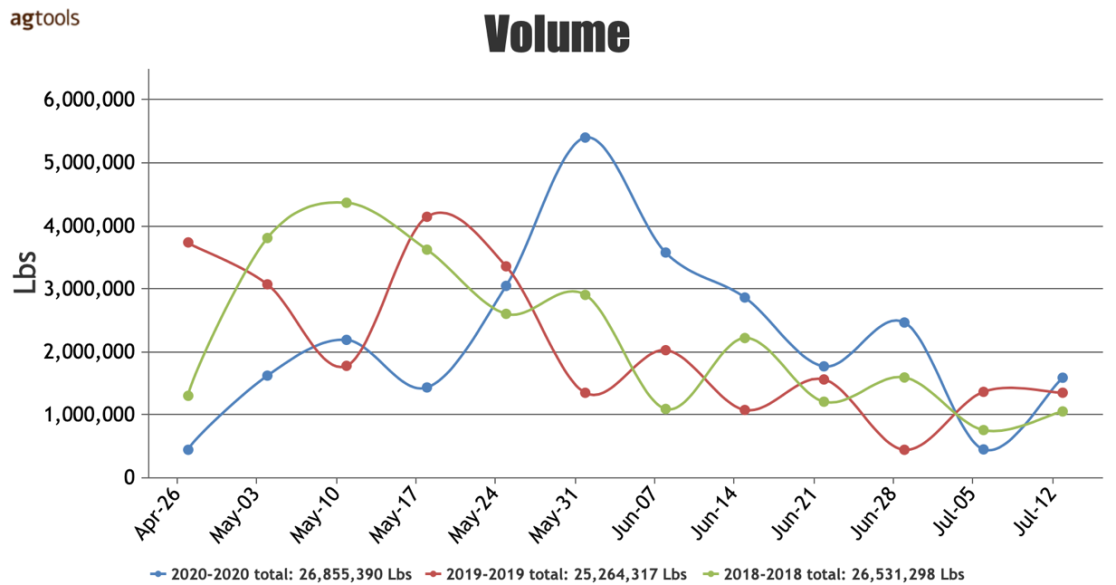 Despite lower volume from Chile for most of May when compared to previous years, overall volume from the end of April through July has increased.

A closer look at total production imported from Chile, reveals mostly stable volumes for the last three years, with 2020 presenting increases of 6 percent and 1 percent over 2019 and 2018, respectively, Ochoa said. However, temporary supply disruptions during May of this year affected F.O.B. pricing.

The low volume experienced from Chile’s supply during most of May could be the reason for higher F.O.B. prices from the second week in May through the third week of June, Ochoa said.

Once volume began to recover during the latter part of June, prices fell back to 2019 levels. When analyzing different kiwi sizes, we observe the same price increase in response to tighter supplies, followed by prices leveling when volumes normalize. 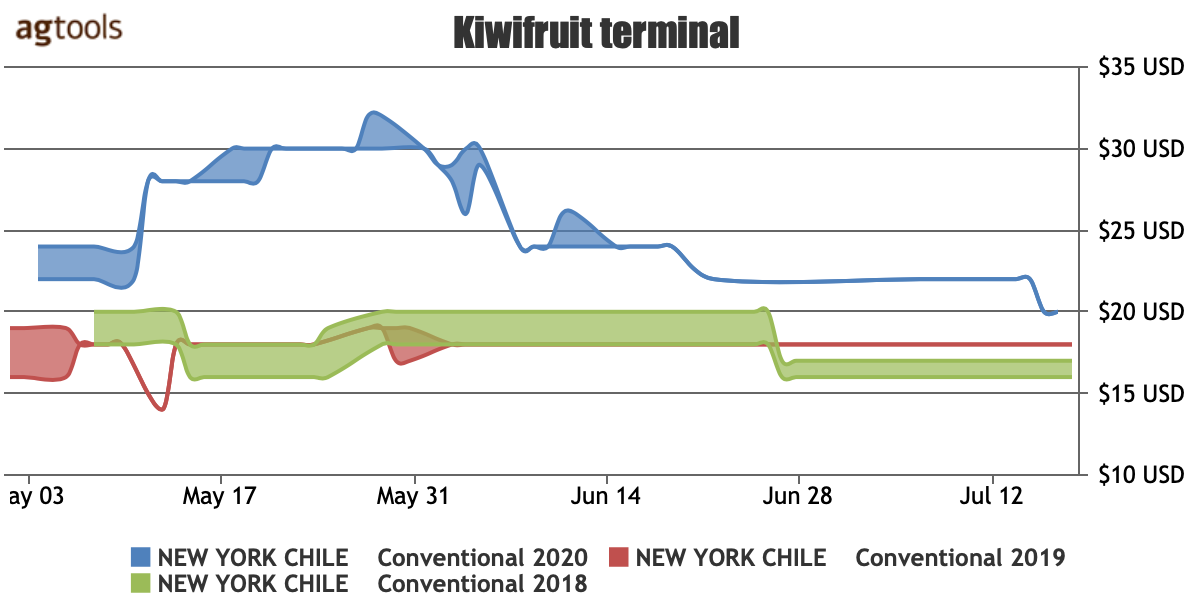 In New York, the terminal market pricing during May and the first half of June was very high compared to the price in previous years, Ochoa said. Note that the same temporary price increase was seen at the FOB level.

The decrease in volume, which likely caused the increase in terminal and FOB prices, is most likely related to the impact of the pandemic.
According to the Crop Report of the Chilean Kiwi Committee, up until week 20 of 2020, total exports amounted to 60,623 tons or 12 percent less than the previous year during the analyzed period.

During this time of lower production from one of the U.S.’s main suppliers, Chile’s exports to non-U.S. markets increased: to Europe by 43 percent, to Italy by 91 percent, to the Netherlands by 54 percent, and to France by 63 percent. The net effect was reduced shipments to the U.S.

Kiwifruit volume in the U.S. was temporarily affected by the coronavirus pandemic, especially since a considerable portion of U.S. consumption at this time of the year comes from Chile. The limited supply situation has since passed, and terminal prices have fallen but trend slightly higher than those of previous years.

2020 YTD Kiwifruit
Chile and New Zealand are together the two regions with the highest kiwifruit production into the U.S., and in 2020 the regions accounted for 46 percent of the market.

This volume leadership consistency is also evident when we move down the list to other producing regions, which consistently rank between the third and the fifth largest suppliers of kiwifruit. We are referring to California Central, Italy and California North. Together with Chile and New Zealand, these regions account for over 90 percent of U.S. kiwifruit volume.