Romaine lettuce seems to have gotten over the problems associated with the pandemic and is returning to normal volume and price levels.

Similar to iceberg lettuce, stability is returning to the market but a seasonal volume bump in the Salinas, CA, region is being met with sustained heat, which is causing some quality problems and may keep demand lower than it could be. 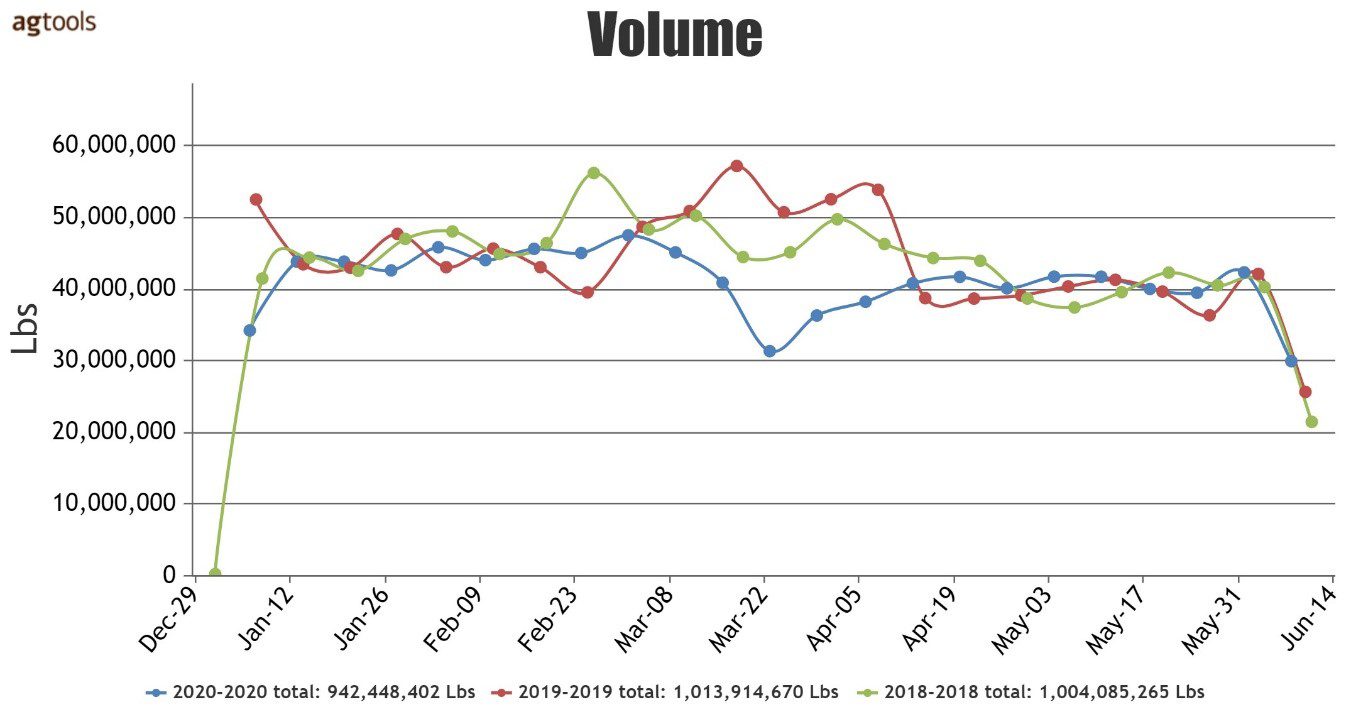 Total industry volume for conventional Romaine is showing a decrease in 2020 for the first five of the year. January and February performed relatively similar to 2018 and 2019. However, from mid-March through mid-April there was a substantial decrease compared to the previous two years. After the mid-March dip in volume, it began to increase gradually every week until reaching levels on par with 2018 and 2019, said Yolanda Ramirez, vice president of retail for Agtools Inc.

2020 F.O.B. shipping point pricing from Salinas-Watsonville, April thru mid-June, has remained very consistent, at a range of $7-10, Ramirez said.

For most of 2020 throughout the analyzed period, data confirms that besides some minor fluctuations, pricing has been stagnant.

The 2020 season started just below 2018 and 2019, and has remained mostly on par from May forward, except for the month of April when the price was below the two previous years, she said.

Through June 2020, Los Angeles terminal market prices have been lower than 2019 and slightly higher than 2018 for June through the present, at around $10, Ramirez said.

Besides two peaks on June 4 and June 11, prices have been consistently lower than the previous two seasons. We will monitor new data as it comes in to further understand the the direction of this commodity’s Terminal Pricing, she said.

Retail pricing remained below the last two years almost for all of May. During the last week of May an uptick in retail pricing for Romaine Lettuce began to show in the collected data, Ramirez said. Since then, retail pricing has remained above those for the same period in 2019 and 2018.

Many factors influence national pricing and additional analysis would be necessary to connect factors such as production volume, F.O.B. or terminal pricing to explain the reason why retail pricing moves in one direction when downstream events would indicate a potentially different direction, she said. 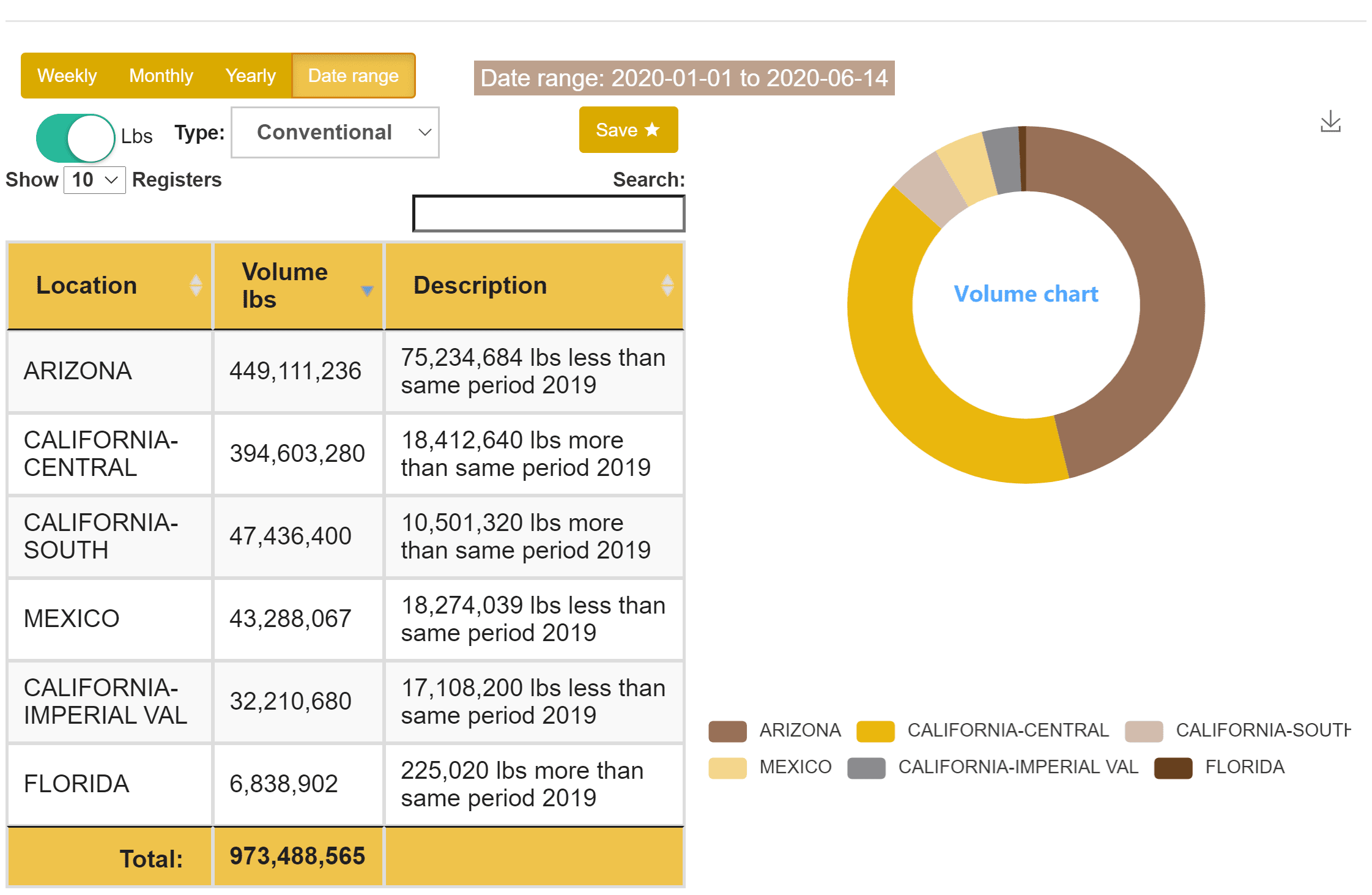 So far in 2020 California is the largest producer of Conventional Romaine, with a combined 49 percent of production divided by the three growing regions – Central, South and Imperial Valley. Arizona is a close second, accounting for almost 46 percent of the volume and making these two states responsible for 95 percent.

When compared to the same time-frame in 2019, two of the three California regions are reporting higher volume, while Arizona has produced 75 million fewer pounds. Volume in Arizona was impacted by the pandemic in March, very similar to what saw in our recent analysis of Iceberg Lettuce.

Growers had to make tough decisions as to what to do with fields yielding volume during the difficult weeks in the middle of March and early April.