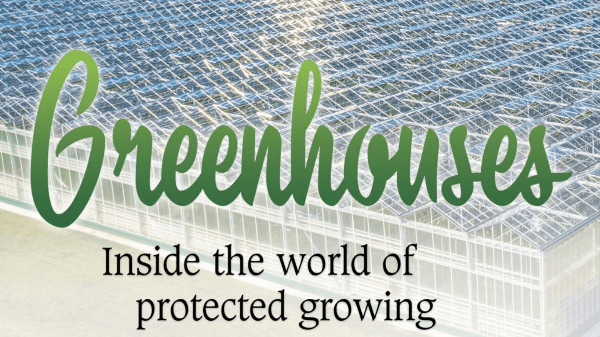 When Mitchell Henry built Kylemore Abbey in 1879, he included 21 greenhouses in its great Victorian garden. His wife was a world traveler, and he wanted her to have the exotic fruits and flowers she loved, even though they didn’t grow well in Ireland.

Similarly, today, greenhouse growing has expanded beyond providing year-round access to seasonal vegetables like cucumbers, tomatoes, and bell peppers. The lineup has since evolved to include lettuce, microgreens, herbs, berries, and more.

“Greenhouses are best suited and commercially viable for a limited amount of vining and leaf crops, including lettuce, leafy greens, and herbs,” said Viraj Puri, cofounder and CEO of greenhouse pioneer Gotham Greens, headquartered in New York. “But we’re experimenting with various other crop varieties.”

As the American palate grows more diverse and consumers seek more consistent supplies of a wider range of produce, herbs and leafy greens have joined traditional greenhouse faves like tomatoes, peppers, and cucumbers. Strawberries, too, are a rapidly growing category, being cultivated in both Canada and the United States.

Part of the expansion stems from geographical factors and short growing windows.

“Most salad greens today are grown in Yuma, AZ and Salinas, CA; this means that most have traveled across the country,” said Scott Wood, Mid-Atlantic sales director of Babylon Micro-Farms, Inc. of Charlottesville, VA. “By growing in indoor greenhouses, we can build farms around the country to grow produce 365 days a year, even in colder climates like Illinois, Ohio, and Pennsylvania.”

This is already a reality, with multiple greenhouse growers plying their trade in the Midwest and Northeast.

Gotham Greens has two greenhouses in the Chicago area, three in New York, one in Baltimore, and another in Providence, RI, while BrightFarms has facilities in Chicago, Ohio, Pennsylvania, and Virginia. Babylon’s mini-greenhouse units are popping up in retail stores, schools, hospitals, and senior living centers in Virginia.