Cauliflower prices are low, and volume and quality are strong.

It looks to be another case of a crop planted before any pandemic knowledge, and now there are more supplies than demand.

One of the key centers for conventional cauliflower production is the Salinas-Watsonville area of California.

We observe the FOB pricing spike in mid-March, possibly due to irrational buying with the global health crisis, reaching a price of over $32 per package, said Charley Harrison, CFO of Agtools Inc.

However, the end of March and early April saw pricing start to normalize and gradually bring us to the approximate range of $6.45 to $9.45/package in a variety of sizes from 9 to 16.

The Los Angeles terminal market increased in mid-March drastically due to the coronavirus crisis, Harrison said.

However, after few days the market collapsed to $14. After a recovery for few days, the market again went down to stabilize in the range of $10. There is no trend, so we expect the price to keep steady, he said.

CAULIFLOWER: Focus on Retail Pricing in Southwest USA, February through May 10th, 2020

The retail marketplace in Southwest United States is an indicator of the demand and integration of nutritious cauliflower into our daily meals, Harrison said. On a per pound basis conventional, white, cauliflower is retail priced in the range of 50 cents to $2 – in the period from the middle of February to May 10 of 2020. On a unit basis pricing shows more oscillation, ranging from $1-2.50 per head of cauliflower.

We can expect volume to grow in the future with healthy demand as cauliflower can be consumed easily with salt, pepper and olive oil, he said.

For those not inclined to diets it can be served as a loaded cauliflower with a variety of cheeses and sour cream, replacing the loaded potatoes. This non-starchy vegetable has even become a non-flour option for pizza crusts and is rather popular for keto diets.

CAULIFLOWER: Volume in USA Market from January 1 through May 14th, 2020. 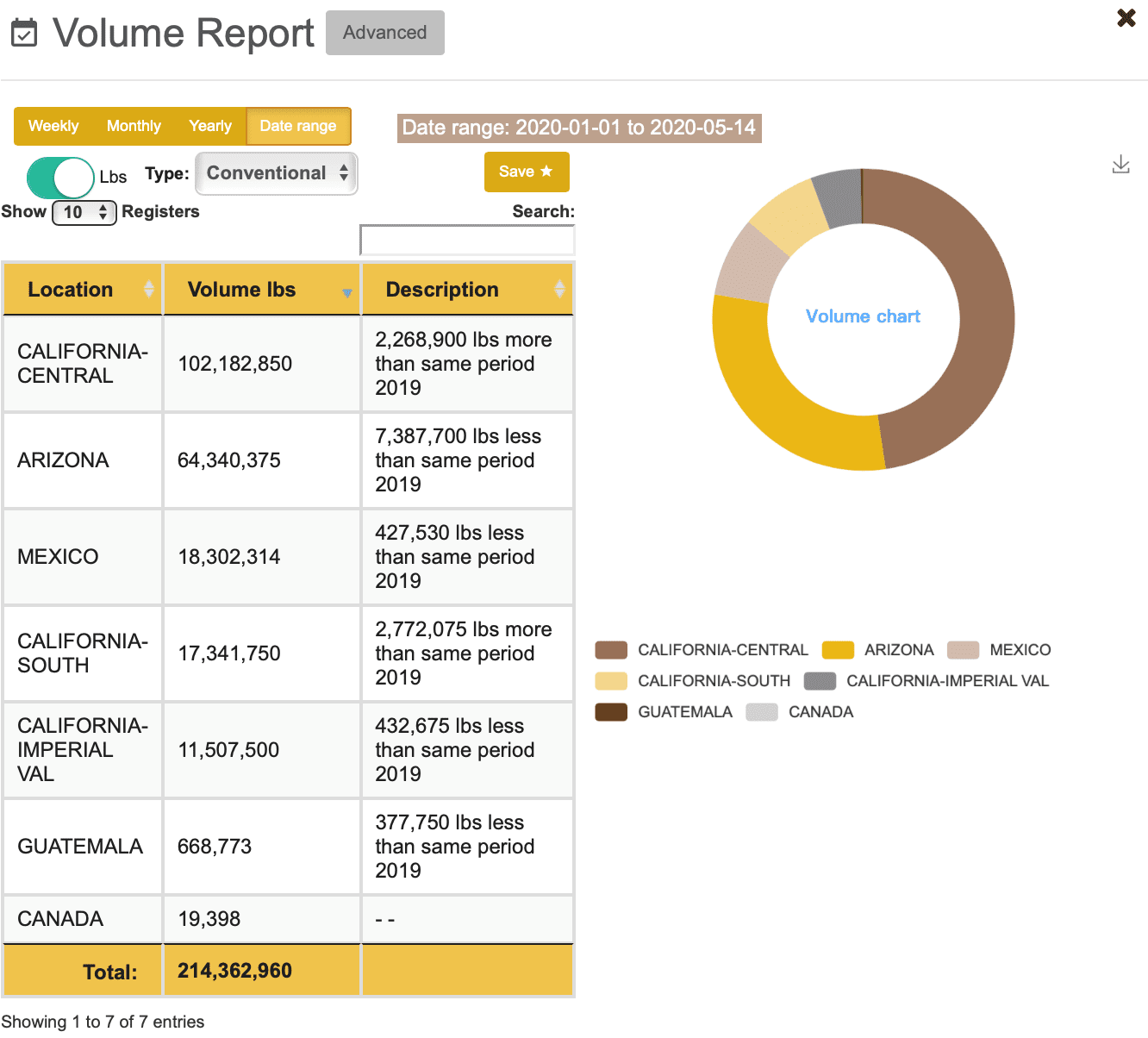 Approximately 85 percent of U.S. production market for conventional Cauliflower is dominated by Central California, Arizona and imports from Mexico. With a volume total of 214 million pounds in 2020 compared with 218 million pounds in 2019, in the same period of January 1 through May 14th, this nutritious vegetable has maintained its position as a steady part of the American diet.

As seen in the report, the regions of California South and California Imperial Valley also contribute an important part of U.S. production. Cauliflower is clearly an American vegetable although its historical origins are in Europe.