In mid-March, as stay-at-home orders began and restaurants closed, prices dropped, but by mid-April, they showed a bump up.

Volume dropped in mid-March as well, but it has since recovered to numbers significantly higher than last year. 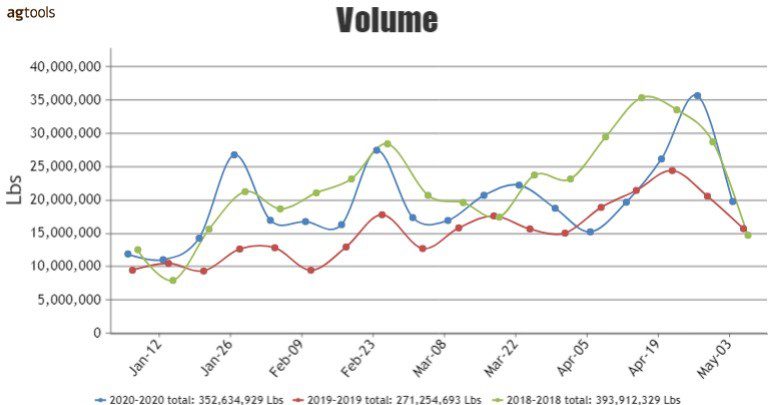 Year to date, there is a big increase in the mango market of 24 percent vs. 2019. However, it represents a recovery of the market, considering that 2019 had a decrease in volume of 28 percent compared to 2018.

That year 2018 was a very good year for the mango industry in volume, said Raúl López, an agronomist at Agtools.

Even with the COVID-19 emergency that affected the market in mid-March and loss of momentum, April presented a very good increase in sales. We expect that this trend continues in May, when the economy recovers in the upcoming weeks and months, he said. 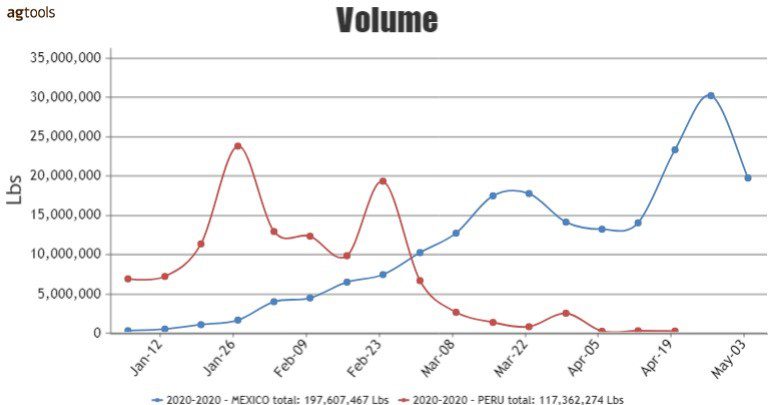 Peru started its season in mid-December, peaked in late January and ended in mid-March. It was less affected by the pandemic.

Mexico started its season in mid-January and has been growing every week. In mid-March it had a good increase caused by the panic buying, López said.

The following three weeks, the demand was lower, but since mid-April, the market has reacted strongly, and has had a strong upward trend. It is expected to continue this trend over the coming weeks, when the economic activity recovers, he said.

This year, the price started the season stronger than in 2018 and very similar to 2019. Earlier in the year it was $8-9, but with the onset of the pandemic the market fell to its lowest price in the week of March 29th, when it reached $5 per case, López said.

That price was effective until April 20th after which it increased and reached $8 during that week. Even with that recovery, this year´s price is still lower than 2018. We expect the price to increase soon when the economy opens, he said.

In mid-February the price in Chicago was higher than in 2018 and 2019, reaching $14 per case. Starting in March, when volume was increasing, the price dropped to its lowest at $8 and had a small recovery in mid-March and remained almost steady through March and April, López said.

Recently, the price has increased. We will wait to see during this week if it is a continuous trend or just a blip on the scale, he said. 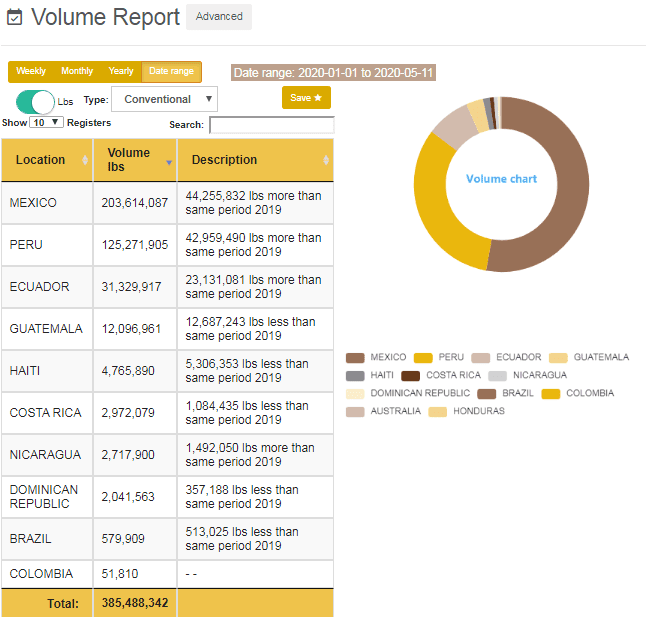 Even with the hit from the pandemic, the supply from Mexico in 2020 has presented an increase of 22 percent vs. 2019, López said. Peru has also registered a big growth during this period of time, with an outstanding increase of 48 percent.

But the big winner has been Ecuador, that has increased 282 vs. the volume sent in 2019, he said.