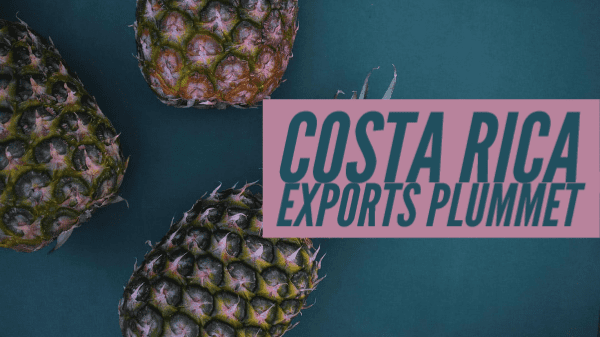 This being a result of the impact of COVID-19 on the European and American economies, the two main export destinations for fruits, vegetables, flowers, and foliage. According to data from the Chamber of Exporters (Cadexo), some perishable products have fallen up to 90 percent, given the current critical situation.

The situation started to go downhill since the pandemic hit Europe, which receives 22 percent of all Costa Rican exports, as shared by Laura Bonilla, the president of Cadexo and entrepreneur in the perishable goods union.

Bonilla also said the situation began to be felt deeply last week as the pandemic worsened in the United States, which receives 67 percent of Costa Rica’s perishable products exports.

“The problem that we face when we export perishable products is that they do not hold up and we cannot store them, we cannot keep them in a warehouse and so many times we have to take the harvest and throw it away,” Bonilla said.

In line with our coverage last week, the pineapple sector is among one of the worst hit, with ranges between 25-40 percent of orders being dropped mainly from the United States and Europe.

Although the damage has not yet been quantified, the melon and watermelon sectors are not doing well due to the decrease in demand and cancelation of programs in Europe and the United States. Mango is in a tough spot as well, with 30-40 percent of its exports being affects, mainly due to the drop in demand from the United States.

Efforts are being made to find alternative destinations for these perishable products, with Bonilla citing Singapore and Japan as possible options.