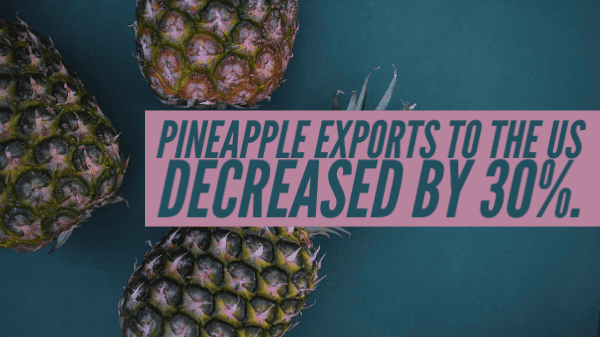 About 175 pineapple producers are being affected by the drop in exports due to low worldwide demand, the National Chamber of Pineapple Producers (CANAPEP) told Diario Extra, a Costa Rican news agency.

This drop is due to the main markets for this fruit, Europe and the USA, being essentially full, as the pandemic from COVID-19 has dried up demand.

The northern region of Costa Rica, where half of pineapple producers are located, is the hardest hit, said Abel Chaves Trigueros, president of CANAPEP. Chaves went on to say that to the United States alone, exports decreased by 30 percent in the last two weeks, with Europe rejecting 40 percent of pineapple shipments.

Chaves explained that this percentage would equal 1.3 million boxes of pineapples a week that are being held up in storage, which would total $6.5 million in losses.

Chaves confirms that given the situation, growers are in communication with the Ministry of Foreign Trade (Comex) in hopes of finding new destinations for the fruit that was not sent to the U.S. or Europe.
One of those options, where the fruit could be marketed in juice, is Asia, where some countries appear to be recovering from the pandemic.

However, Diario Extra spoke with some of the affected producers, and they worry about this possible destination since the fruit in juice form is sold at about 1/3 of the price in comparison to the whole fruit.

According to Agtools Inc., the data analytic service for the produce industry, since early February, the pineapple market for Costa Rican product has been very weak compared with the two previous years, and then starting in March, the market contracted quickly. 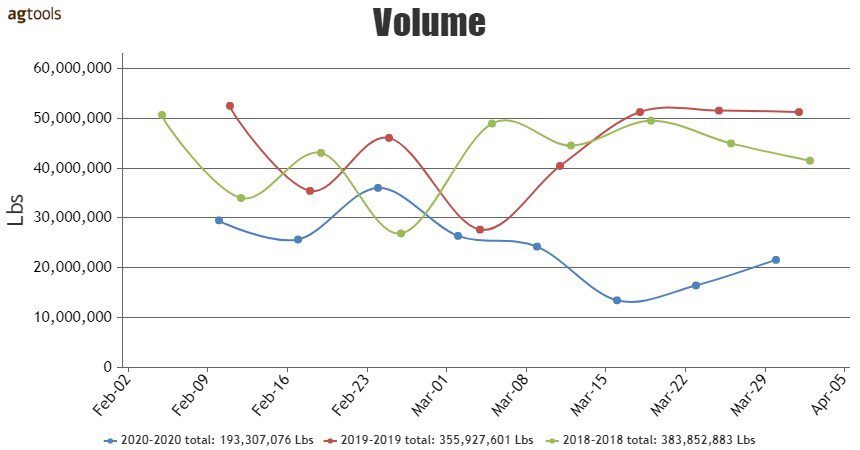 F.O.B. prices for imports through Philadelphia were steady in February, even stronger than 2018 and 2019. But prices have dropped by about 50 percent since their high right before national stay-at-home orders led most restaurants and institutions to shut down.